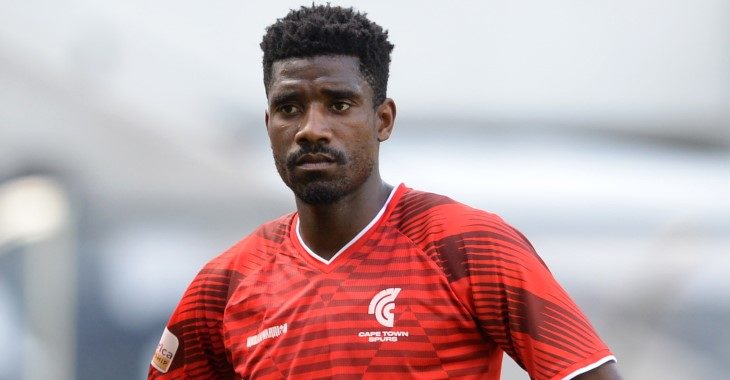 Cape Town Spurs beat Bizana Pondo Chiefs 3-1 on penalties (1-1 after extra-time) at Princess Magogo Stadium in KwaMashu (not King Zwelithini Stadium in Umlazi as previously stated) on Saturday afternoon, to book their place in the Nedbank Cup last-32 which will commence in the new year.

A frantic start almost culminated in an early goal for the visitors as Ashley Cupido took aim from range, but the Spurs forward was denied by the woodwork.

Cupido had a huge hand in the opener and played a pin-point cross to the feet of Siyambonga Madikane who finished with aplomb in the 36th minute, to give the visitors a narrow lead at the interval.

Chiefs pulled level just after the hour mark as Lungelo Nguse slipped the ball past Renaldo Leander in the Spurs goal.

Both teams had opportunities to win the game in regulation time but with no goal forthcoming extra-time duly followed. A similar pattern played out in the additional 30 minutes and with the rain pouring down, the referee blew the final whistle and as a result, the game would be decided from the spot.

Lerato Manzini and Riyaaz Koopstadt scored the Urban Warriors’ first two spot-kicks before misses from Thendo Mukumela and Junior Sibande. But two saves from Leaner kept Spurs in the driving seat and offered Madikane the chance to win the game, a chance he took with both hands to secure victory for the visitors.