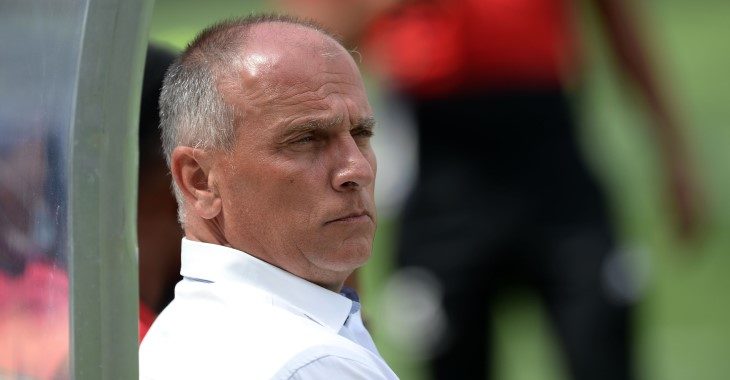 Cape Town Spurs will be aiming to register their first win of the 2020-21 GladAfrica Championship season when they take on Steenberg United at Idas Valley Stadium in Stellenbosch on Wednesday afternoon. Kick-off is at 15h30.

The Urban Warriors head into the midweek fixture in 10th spot on the standings, having yet to register a win in the current campaign following a 2-1 loss at home to Jomo Cosmos last Tuesday.

Spurs opened the scoring through Lerato Manzini after just four minutes but a penalty and own goal in the final 10 minutes secured a rare win for Ezenkosi in the Mother City.

“I must say, we didn’t play according to the standard of our first two games but this time we faced a very strong opponent. Despite some questionable decisions, Cosmos were the better team on the day, they outplayed us and it was the first time we were outplayed this season. What I believe is that we can only get better,” said Spurs head coach Vladislav Heric.

“Big week ahead, first up is a derby. It could go either way and it will be tough. The result will depend on which team remains calm, concentration, a matter of nerves. It will be a very good test for us.”

Spurs beat Bizana Pondo Chiefs 3-1 on penalties (1-1 after extra-time) on Saturday to advance into the last-32 of the Nedbank Cup. A timely boost for Heric whose team will be in action away to Steenberg before welcoming Richards Bay on Sunday ahead of the Christmas break.

“I look forward to the Nedbank Cup games, I expect our youngsters to take their opportunity with both hands and get a good result for us,” Heric added.

“Beside a tight fixture list, we look forward to the cup fixtures, winning is a habit. We have a very young team and we must give these young players a chance, it is important for the future. I want my team to play attacking football.”

Steenberg currently occupy ninth spot on the standings, having conjured a win and defeat from their opening two games this season.