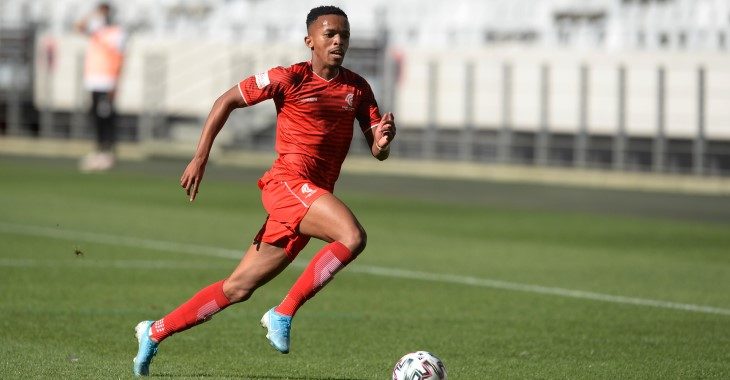 Cape Town Spurs will take on newly promoted Bizana Pondo Chiefs in a 2020-21 GladAfrica Championship fixture at King Goodwill Zwelithini Stadium in Umlazi on Tuesday. Kick-off is at 3:30pm CAT.

The match will be the Urban Warriors’ second of six matches this month, following a 1-1 draw at home to Free State Stars in the club’s first game of 2021 this past weekend. Spurs’ scheduled fixture away to Cape United on the 3rd of January did not take place.

Ashley Cupido scored his first goal in Spurs colours at home to Ea Lla Koto on Saturday with the visitors netting a late equaliser to deny Vladislav Heric’s men what would’ve been their opening win of the campaign.

Abednigo Mosiatlhaga came on as a second-half substitute at Cape Town Stadium for his first appearance of the season. Last season’s top goal scorer only recently recovered from injury and his return comes as a huge boost to the club.

This will be the second meeting between Spurs and Chiefs following the Urban Warriors’ 3-1 penalty shoot-out win in the Nedbank Cup last month. The game ended 1-1 after extra-time at Princess Magogo Stadium in KwaMashu, with Siyambonga Madikane netting Spurs’ goal on the day.