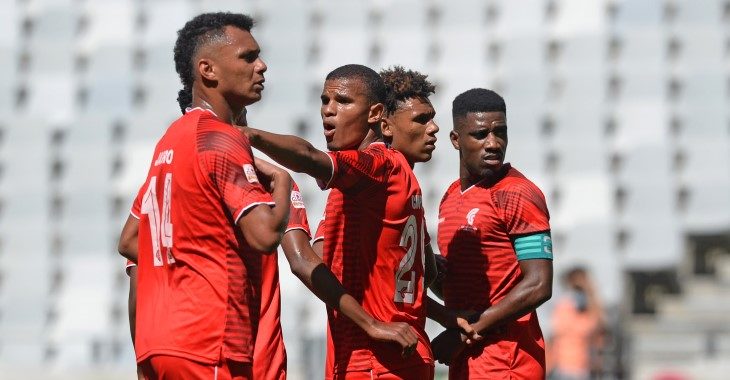 Cape Town Spurs’ poor start to the 2020-21 GladAfrica Championship season continued as they suffered a 3-0 loss to Bizana Pondo Chiefs at King Goodwill Zwelithini Stadium in Umlazi on Tuesday.

The result leaves the Urban Warriors winless and bottom of the league standings with a tough trip away to high-flying JDR Stars to follow.

Spurs were the better team in the opening exchanges with Abednigo Mosiatlhaga especially lively on his return to the starting eleven.

Buyani Sali forced the Chiefs goalkeeper into a good save in the 12th minute but the visitors seemed to run out of steam around the half-hour mark. The Lions capitalized and opened the scoring through Aluncedo Mazwi in the 33rd minute for a narrow lead at the break.

Spurs’ chances of completing a comeback win were dealt a major blow just before the hour mark as Jairo da Silva received his marching orders following a second bookable offence.

Spurs reacted well to the setback with Mpho Kgaswane impressing after his introduction off the bench but goals from Lungelo Nguse and Mbongiseni Mbandlwa sucked the life out of the visitors, as the Lions ultimately claimed a comfortable win.