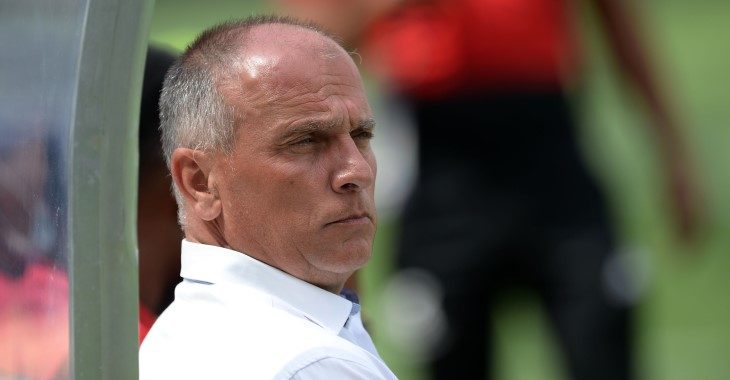 Results have not been to the club’s satisfaction and the unavailability of the head coach made it increasingly difficult for him to guide the team.

Although the coach would have preferred to stay on and lead the team through this difficult period, he understands that the ongoing delay in returning to the helm is not to the benefit of the team and future performances.

Due to the NSL protocols, it’s still unclear when the coach would have been able to return. The club has accepted and supports the coach’s decision on the matter as his health is equally a priority.

Cape Town Spurs has not been spared the wrath of Covid-19. Under the current rules of the NSL, teams must continue to meet all their fixture obligations. Recently, after the Christmas break, a large proportion of the first team tested positive and had to be isolated for a minimum of 10 days.

Cape Town Spurs were forced to call on their ABC Motsepe League players as result, to assist over this period. Despite several first team players being absent, the called upon players did the club proud in a 1-1 draw at home to Free State Stars earlier this month.

“Government has given the NSL the privilege to continue to play out our season,” said Cape Town Spurs CEO Alexi Efstathiou.

“With this privilege, comes a responsibility to the wider society, a responsibility that we, as a club, do not take lightly. We will continue to follow the NSL’s protocols regarding Covid-19 and do the best we can under the circumstances.

“We believe that the NSL is constantly monitoring the situation with all the teams, both DStv Premiership and GladAfrica Championship, ensuring that everyone follows their protocols.

“The NSL is also aware that it is critical for the credibility of both leagues, that all teams maintain the standard of safety at all times. The current situation is forcing teams to make unprecedented decisions on and off the field.

“We are comforted to know that the NSL ensures that there is ‘fair play’ all round, from all the teams, in order to maintain the integrity of the leagues.

The Urban Warriors will announce Heric’s replacement in due course. Ian Taylor will lead the team away to JDR Stars on Saturday, as he has done in the two most games, and he will continue to be assisted by Nathan Paulse.