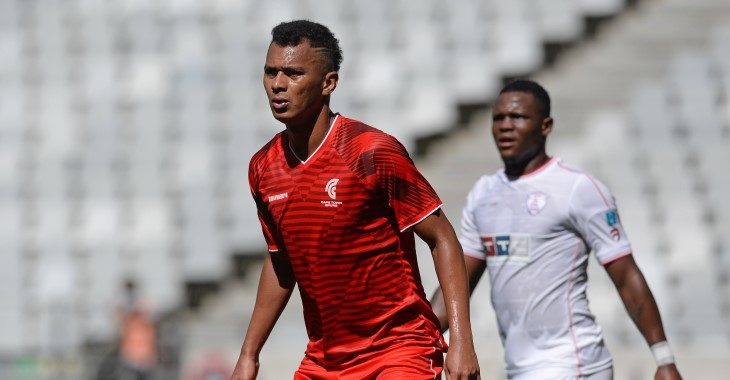 Cape Town Spurs will be aiming to claim a much needed win in the 2020-21 GladAfrica Championship season when they take aim at JDR Stars in Soshanguve on Saturday. Kick-off is at 15h30.

The Urban Warriors have yet to register a win this season following a 3-0 defeat away to Bizana Pondo Chiefs earlier this week, something Spurs will be eager to rectify at Giant Stadium.

Stars will head into this weekend’s round of fixtures as the league leaders and on a four-game winning streak. The Piano Boyz defeated Polokwane City 2-1 on Tuesday to move up to 15 points after eight matches.

Spurs will be without Jairo da Silva following his sending off in Umlazi but have welcomed back Abednigo Mosiatlhaga. Last season’s top goalscorer made his first start of the campaign away to Chiefs after having successfully recovered from injury.

Botswana international Mpho Kgaswane could make his full debut in Gauteng on Saturday after making his first appearance for the club as a second-half substitute last time out.

Ian Taylor will lead the team after Spurs and head coach Vladislav Heric agreed to terminate their working relationship on Thursday. Taylor will be assisted by Nathan Paulse.