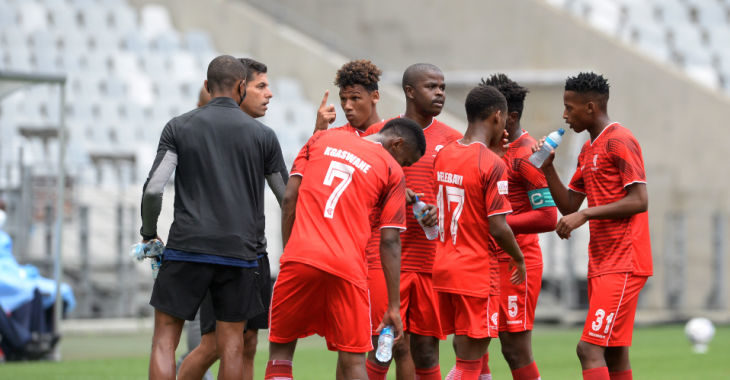 Cape Town Spurs suffered a 2-0 loss away to TS Sporting at Kabokweni Stadium on Saturday afternoon.

Both teams had chances to open the scoring in the first-half and after the hosts hit the woodwork, Spurs went close through Mpho Kgaswane and club captain Thendo Mukumela who were both denied by the Sporting goalkeeper in the 41st minute.

Kgaswane and Mukumela continued to probe after the interval with the latter, on his birthday, sending a header attempt inches over the crossbar just short of the hour mark.

Having successfully rode their luck, Abantu Bemthetho opened the scoring in the 64th minute.

Spurs responded by introducing Ashley Cupido, Riyaad Norodien and Abednigo Mosiatlhaga off the bench, but Sporting made sure of the result in the 85th minute from a corner-kick to claim all three points.