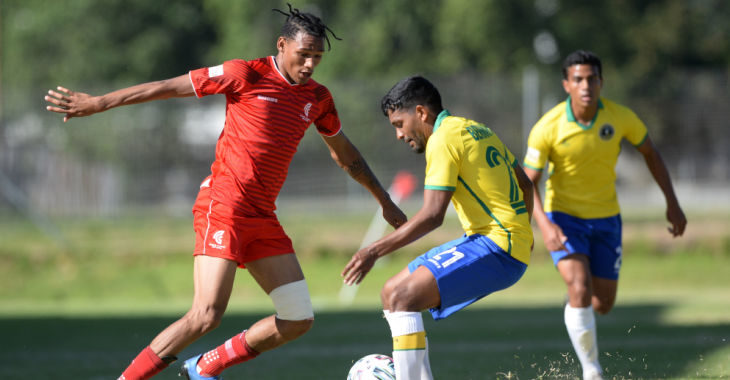 Cape Town Spurs will be aiming to move above rivals Steenberg United when the two teams meet in a 2020-21 GladAfrica Championship match at Cape Town Stadium on Sunday afternoon. Kick-off is at 3:30pm CAT.

The Urban Warriors head into the fixture in 15th spot on the league standings, level on 13 points with 14th-placed Steenberg who have played a game more.

Spurs head into the fixture on the back of defeat to Cape Town All Stars in the Nedbank Cup but will take confidence from how they played, in build-up to the second half of the league season.

“We’ve learnt that it is a squad effort, a team effort and we need every single player in the squad to take responsibility,” said Spurs head coach Ian Taylor.

“Every player has been given an opportunity but as the season draws into the second half we need to look for more consistency and players need to now stick their hands up and say that they are here to do the business.

“We have worked a lot on defending, worked on our shape. We need to stop giving soft goals away, it is something we’ve addressed. Defending is a team effort, we need to work harder, be more aggressive and start taking our opportunities.”

The arrival of Elisio Batista da Conceição Junior, Igor Ferreira Neto de Oliveira and Kassiano Soares Mendonça has raised morale at Ikamva and Taylor has been impressed by the Brazilian trio’s impact at the club.

“The Brazilians have a lot of fight, they have something to prove, they are very hungry, and are very good trainers,” Taylor added. “They are not just here to make up numbers but to make a difference which is nice to see. There were a lot of moments of magic from them [against All Stars] and hopefully they can push the rest of the squad and keep everyone on their toes because that is a healthy squad situation, when everyone is pushing one another.

Both Batista and Igor found the back of the net against All Stars and Taylor is excited for what they will add in Spurs’ quest to climb the league standings.

“Igor is a very instinctive player, he can make magic moments as we saw with bicycle-kick. He is very good in tight spaces and can turn a game so it is just a matter of us finding the best way to use him. Batista also works very hard, he has a lot of desire and good attitude so I’m very happy that he scored,” Taylor said.