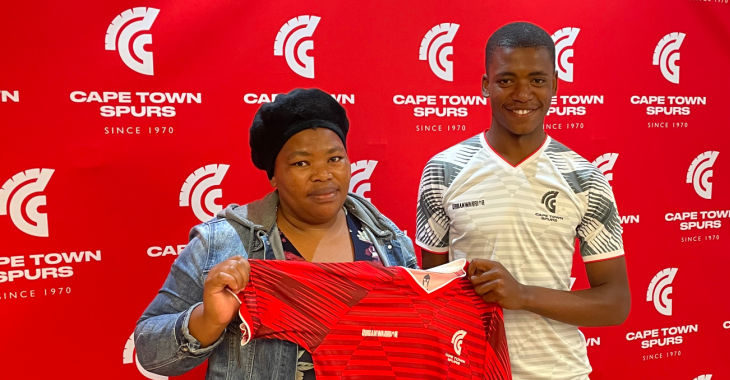 The teenager is now eligible to play for the club’s first team and is set to become the latest recruit from Mfuleni to don the Urban Warriors colours — joining the likes of Ndiviwe Mdabuka, Sonwabile and Khaya Mfecane in doing so.

Tshaya was scouted from Ulana Soccer Academy in Mandalay and will start his tertiary education at Cape Peninsula University of Technology (CPUT) later this year.

Born in Umtata, Tshaya can play at both right-back and centre-back and has been used as a deeplying midfielder in the past as well.

He is confident of helping the team move away from the bottom of the GladAfrica Championship standings and believes his relaxed nature will benefit the Urban Warriors.

“The team is in quite a difficult position now, we just need to absorb the pressure and improve but I believe in the gents, there is more coming. We need to play our game.

“We have a lot of guys with a lot of capabilities, I think I bring composure, that is what I feel I can offer to the team,” Tshaya concluded.