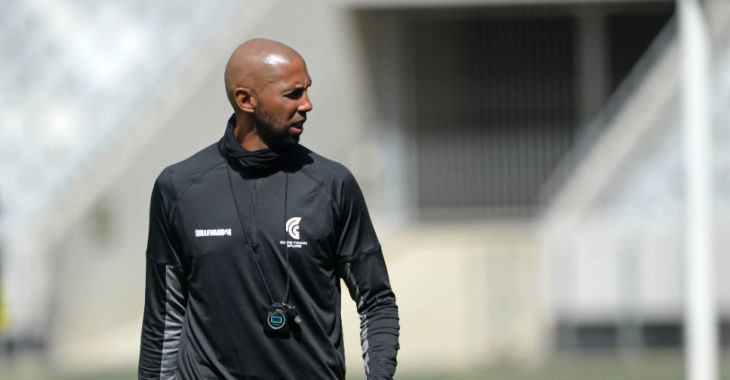 Cape Town Spurs will be aiming to complete a league double over JDR Stars when the two teams meet in a 2020-21 GladAfrica Championship match at Cape Town Stadium on Wednesday. Kick-off is at 15h30 CAT.

Thendo Mukumela scored a brace in a 2-1 win over the same opponents at Giant Stadium in Soshanguve earlier this year and Urban Warriors assistant coach Nathan Paulse is hoping the team can take inspiration from that victory, heading into the reverse tie.

“It was an away win which just shows the character that we do have in this squad, which we need to learn to call upon a bit more both home and away,” said Paulse. “The last 15 games are crucial, every single game, but we don’t look too far ahead, we look at each game as they come.

“They [JDR Stars] will be aware of us and vice versa, but it is about applying yourself as an individual and as a group. The boys are looking sharp, a lot happier as a group and that is important. We are excited and in a positive frame of mind. It is a home game, so we can play the kind of football that we want to play.”

Spurs head into the fixture having struggled for form and consistency in the first half of the league campaign, but having had 10 days to prepare since drawing 1-1 with Steenberg United, Paulse is confident that an upturn in fortunes is on the horizon.

“It is unfortunate that the club has had the start to the season that it has had, but that’s gone. We can’t dwell on the past and we just have to make sure that these next 15 matches we are ready for and prepared well for. At the moment it doesn’t make for good reading but we have 15 opportunities to climb the table,” Paulse added.

“I don’t think since we took over we had a week to prepare so we will use these longer breaks between games as a mini pre-season if you want to call it that, in all aspects from both a mental and physical side,” he concluded.

The Hammers Boys make the trip down to the Mother City on a four-game winless run after being held to a 1-1 draw at Bizana Pondo Chiefs last time out.