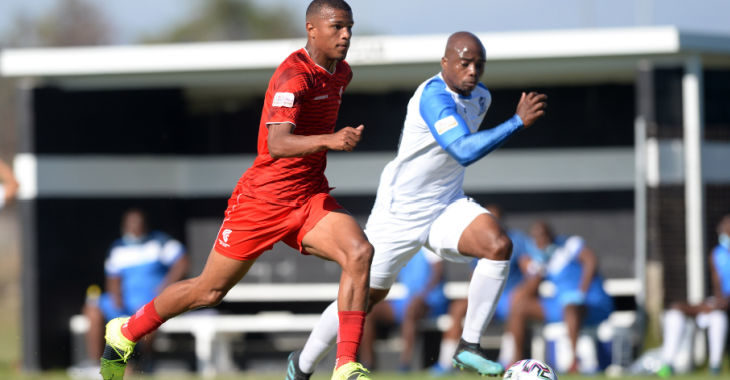 Cape Town Spurs were narrowly beaten 2-1 by Bizana Pondo Chiefs in the GladAfrica Championship match at the Parow Park Stadium on Saturday afternoon.

The result saw the Urban Warriors remain 15th on the league standings and their next match is against Cape Town All Stars on April 21.

The Urban Warriors got off to the perfect start as they broke the deadlock just five minutes into the match through Abdenego Mosiatlhaga.

The 26-year-old attacker hit the back of the net with a shot from the edge of the visitors’ box to hand Spurs a 1-0 lead.

It was the third goal of the current campaign for last season’s National First Division (NFD) Golden Boot winner, Mosiatlhaga, who was hungry for more goals.

The Urban Warriors created goalscoring opportunities with Toriq Losper pulling the strings from midfield for the home side.

However, Chiefs were able to contain Spurs and the score was 1-0 to the Urban Warriors at the interval.

Chiefs came back rejuvenated following the half-time break and they managed to level matters after they were awarded a penalty in the 78th minute.

Musa Bilankulu was the man, who converted from the penalty spot to make it 1-1 and Urban Warriors had to find a way to restore their lead.

However, the visitors grabbed a late winning goal through Aluncedo Mazwi as the striker hit the back of the net in the 85th minute to seal Chiefs’ 2-1 win over Spurs.