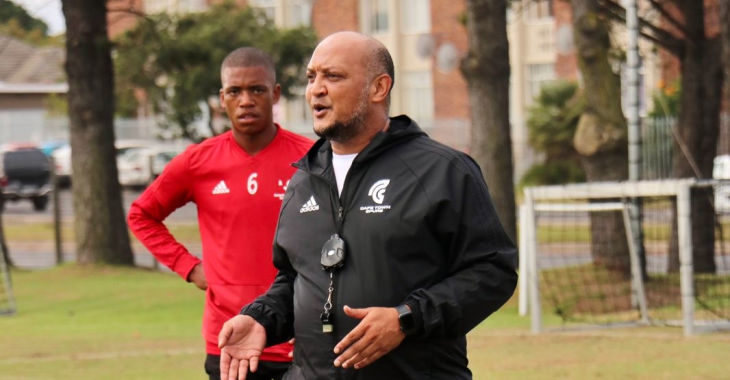 New head coach Dylan Deane and assistant Nasief Morris will be eyeing the perfect start to their Cape Town Spurs tenure on Saturday.

The Urban Warriors return to 2020-21 GladAfrica Championship action away to Polokwane City at Old Peter Mokaba Stadium. Kick-off is at 15h00 CAT.

Deane and Morris took over the coaching reins at Ikamva this week with the team in 13th spot on the league standings and just two points above the relegation zone.

“It is always going to be tough, because the difference between Dylan and myself is that he’s been here, he’s worked at the club, knows the culture and has worked with most of the players,” said former Bafana Bafana international, Morris, ahead of this weekend’s match in Polokwane.

“For me it is a bit tougher, but I am trying to speed up the process and getting to know the players and their qualities.”

Victory on the weekend would serve as a major boost to the club’s survival hopes and Morris is confident that Spurs are ready for what is to come in the business end of the league season.

“With the few days that we’ve had ahead of Saturday’s game, I think we’ve done well so far and prepared the team well. I think we are ready for this weekend,” Morris added.

“There aren’t major, major issues and we don’t want to change too much because that will disrupt everything. For us it is just about tweaking here and there to make sure that we improve going into the final five games of the season.”

Three points away to Rise and Shine would move Spurs above Polokwane in 12th and onto 32 points for the campaign.