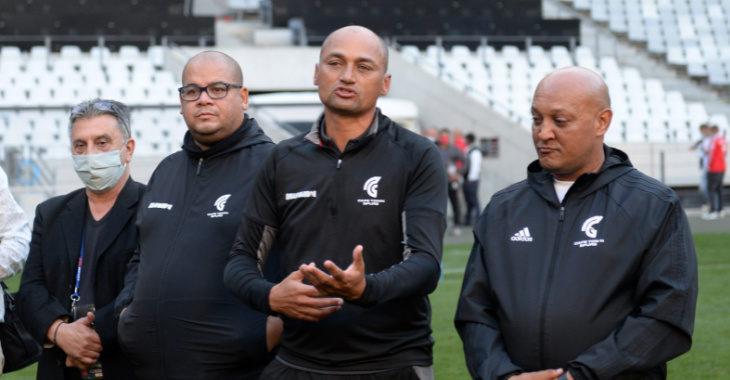 Cape Town Spurs head coach Dylan Deane has paid tribute to the club’s loyal supporters at the conclusion of a difficult season.

The Urban Warriors beat the University of Pretoria 2-1 at Cape Town Stadium on Sunday to end the 2020-21 GladAfrica Championship campaign in 14th spot; a place above the relegation zone.

“It has been an emotional rollercoaster, but firstly I’d like to thank the supporters of this great club,” Deane said in the aftermath of Sunday’s match.

“The supporters haven’t been able to come into the stadium, but that doesn’t mean we haven’t seen their support. This is all for them.

“I’d also like to thank the management of the club for supporting us.”

Abednigo Mosiatlhaga bagged a brace for Spurs in a win which highlighted the potential within the Spurs squad.

While that potential was seldomly on show throughout the course of the season, a positive end to the campaign sets a good platform to build from.

“This team has plenty of potential. Going forward we need to look at our strengths and weaknesses but at this point in time we are just enjoying each other, the effort we’ve put in and from my side I’d just like to thank all the supporters for their continued support once again.

“Things are only looking up from here,” Deane concluded.