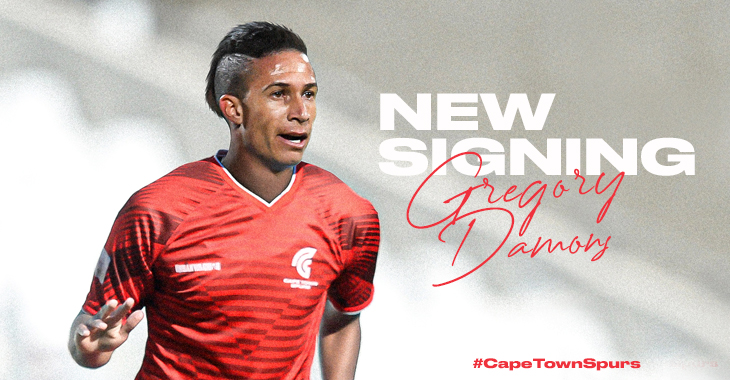 Cape Town Spurs are excited to announce the signing of Gregory Damons.

The 26-year-old has signed a three-year deal with the Urban Warriors and brings with him valuable versatility which will bolster our already strong defensive line.

Damons, who formerly played in the Premier Soccer League (PSL) for Chippa United, is a highly-skilled right-back that is equally adept at playing further up-field.

Gregory made his professional debut for Chippa United in 2019 against Mamelodi Sundowns and was named as the man-of-the-match for his performance. In total he made 41 appearances for the Chilli Boys.

“I’m excited, I’m overwhelmed, this is a new challenge, a new journey for me,” Damons stated in an interview with the club’s official website.

“I’m definitely going to give it my all, I’m out of my comfort zone so I’m going to work hard and make sure we get promoted this season,” ‘Speedy’ added.

He is the club’s fifth signing in the current transfer window following the acquisition of Jarrod Moroole, Colin Ryan, Moisés Pedro Amor and Bevan Fransman.