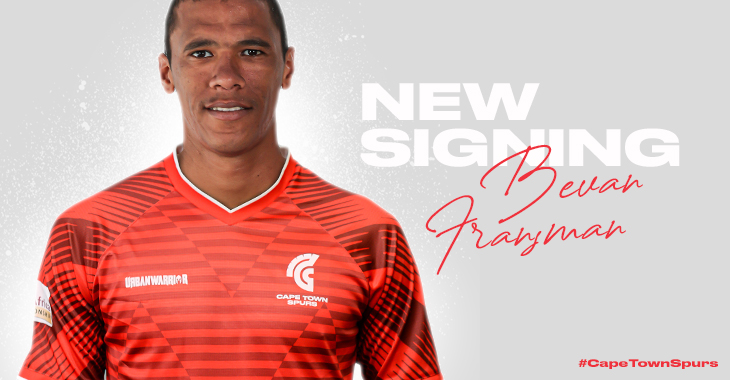 Cape Town Spurs are excited to announce the signing of centre-back Bevan Fransman.

Fransman, who featured for Spurs at youth level, played one game for Mother City FC in South Africa’s top-flight before his career took him to Belgium for a spell with Mouscron.

He returned to Mzansi in 2003 for stints with Kaizer Chiefs and Soweto rivals Moroka Swallows, but again moved overseas in 2008 – this time to Israel where he donned the colours of Maccabi Netanya and Hapoel Tel Aviv.

By 2012, it was back to South Africa for the former Bafana Bafana international who joined SuperSport United. His time in the capital city was followed by spells with Bloemfontein Celtic, Maritzburg United, Highlands Park and most recently TS Galaxy.

The towering defender made 21 appearances while scoring twice for Galaxy in the DStv Premiership last season.

At 37, Fransman brings unrivaled experience to a youthful Urban Warriors team. His acquisition serves as a huge boost and underlines the club’s desire to challenge for the GladAfrica Championship title in the 2021/22 season.

He is the club’s fourth signing of the current transfer window following the acquisition of Jarrod Moroole, Colin Ryan and Moisés Pedro Amor.