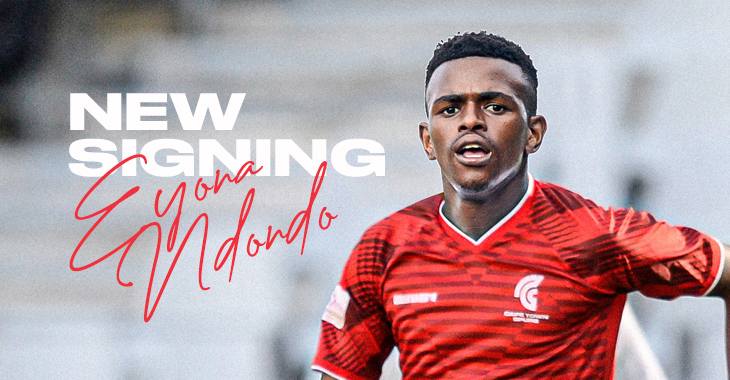 Cape Town Spurs are excited to announce the signing of Eyona Ndondo.

The talented attacking midfielder has signed a three-year deal at Ikamva and further bolsters head coach Dylan Deane’s options in the middle of the park.

Ndondo, 22, spent last season on-loan at Cape United (now Venda Football Academy) from Cape Town City and was a regular for the club throughout the course of the 2020/21 GladAfrica Championship season.

The Young Bafana Soccer Academy graduate is no stranger to Spurs fans having found the back of the net against the Urban Warriors in April, in what was a fruitful goalscoring campaign for the forward-thinking midfielder.

“I am excited to be here and to start this new challenge,” Ndondo, who scored five goals in 21 matches last season, said on his arrival at Ikamva.