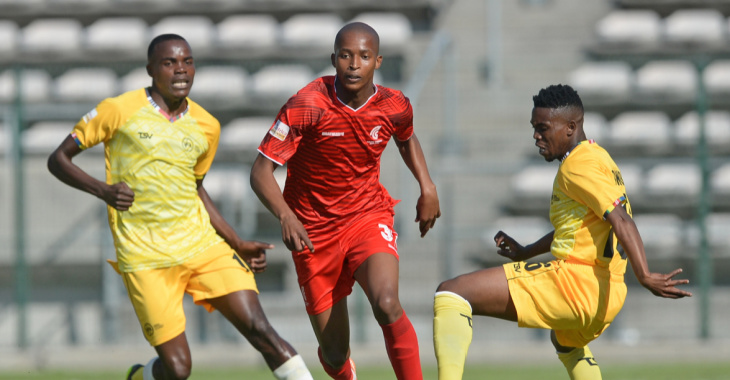 Cape Town Spurs started the 2021/22 GladAfrica Championship season with a 0-0 draw at home to Venda Football Academy on Sunday.

The Urban Warriors dominated the early exchanges at Athlone Stadium and looked more likely to score the opener.

Spurs finally conjured a noteworthy chance at goal in the 33rd minute as Abednigo Mosiatlhaga burst in behind the VFA defensive line but he was unable to beat the goalkeeper who rushed to meet the forward’s shot.

VFA had a chance of their own on the cusp of half-time and Lincoln Vyver had to be at his best to deny the visitors from a free-kick situation.

Spurs started the second-half as they did the first, but their momentum was halted following an unfortunate injury to Bevan Fransman who was forced from the field on debut on a stretcher, following a collision with the opposition goalkeeper.

There were no further chances to write home about with both teams cancelling each other out and in the end Spurs had to settle for a point.