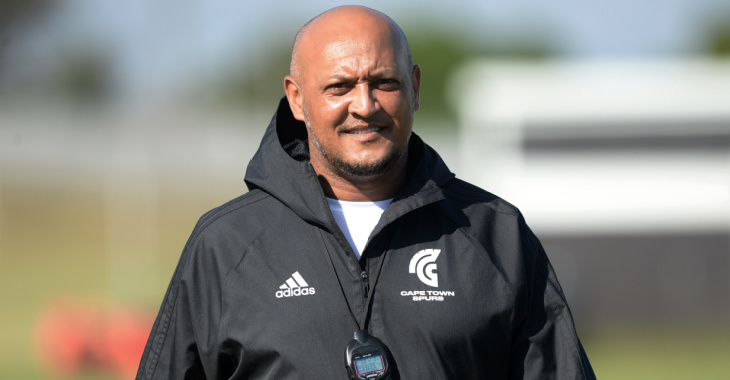 Cape Town Spurs will be aiming to get their 2021/22 GladAfrica Championship campaign up and running with victory at Polokwane City on Saturday. The match, which will take place at the Old Peter Mokaba Stadium, is set to kick-off at 15:00 CAT.

The Urban Warriors were held to a 0-0 draw by Venda Football Academy at Athlone Stadium on the opening weekend of the league season.

Spurs were the better team throughout but failed to find the killer blow and ultimately had to settle for a point on home soil.

“We had a good week of preparation. Unfortunately we won’t be able to call on Bevan [Fransman] for this game following his concussion in the last match,” said Spurs assistant coach Nasief Morris ahead of this weekend’s match.

“Things have been looking really good this week, our preparation has been good. Lucky for us we were able to get some video footage of Polokwane City’s match against Black Leopards [which ended in a 1-1 draw].”
Last season, this fixture was head coach Dylan Deane and Morris’ first in charge of the club.

“We know it won’t be easy. This brings back memories of my first game alongside Dylan, this was our first game last season. We know what to expect, we know their players and we are familiar with their new players,” the former Bafana Bafana international added.

“Very positive about what we have going into the match. The loss of Bevan is a big one for us but we have quality players that can come in for him. We always want to go and win every game, it will be a tough game, but we are well prepared and ready,” Morris concluded.