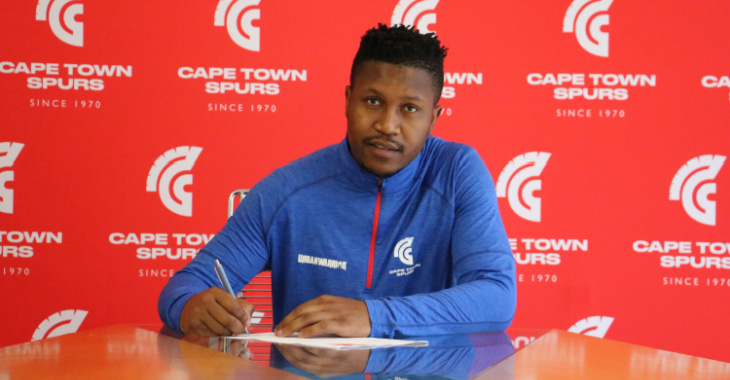 Cape Town Spurs is excited to announce the signing of Zama ‘Dida’ Dlamini.

He started his professional career with Mpumalanga Black Aces in 2012 and after a stint with Thanda Royal Zulu he joined Mamelodi Sundowns. His time with the Brazilians was short-lived and after being on the books of Witbank Spurs, Chippa United and Highlands Park he joined Baroka FC.

Dlamini, 29, was part of the Bakgaga team who won the 2018/19 Telkom Knockout Cup tournament. The towering shot-stopper left Baroka FC for Real Kings in January 2019 and most recently donned the colours of Royal Eagles in South Africa’s second division.

“I never thought I’d play professionally in Cape Town. I am privileged to be here. I was inspired by Isaac Nhlapo to make the move,” said Dlamini. “He was the captain here and we are from the same area.

“Spurs has always produced good goalkeepers so I was also inspired by that. Everything here is professional. I am so happy and looking forward to the new season. We have a good team and good coaches. The hunger is there for greater things,” he added.