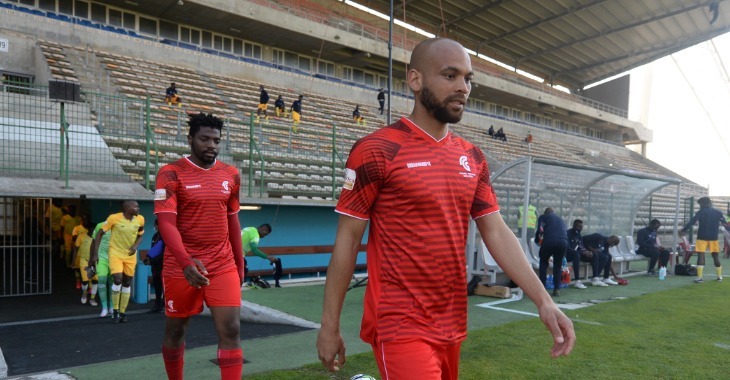 Cape Town Spurs midfielder Jarrod Moroole is confident that the club will register their first win of the season this Friday.

The Urban Warriors host Uthongathi FC at Parow Park, eager to get up and running in the 2021/22 GladAfrica Championship season.

Spurs have yet to win after three rounds of league fixtures. A 2-0 loss at Polokwane City was preceded and followed by 0-0 draws against Venda Football Academy (home) and Jomo Cosmos (away) respectively.

“It is still the beginning of the season, so far we’ve got two points from three games which isn’t a bad start considering we’ve played two away games,” said Moroole. “There is still room for improvement for the season ahead.

“We have a good bunch of players here at Cape Town Spurs and you can see there is drive in each of them to succeed, to do better. The season is still long. It’s not a sprint, it is a marathon. We just need to keep on pushing each other and keep on pushing to do better.”

Uthongathi have made an unbeaten start to the campaign, following successive draws with a 1-0 win over KwaZulu-Natal rivals Richards Bay FC.

“I am confident we will get our first goal and first win,” Moroole added. “We have another game on Tuesday so it is a big six points for us to play for. Then another next weekend, we always push to do better and strive for success.

“They [Uthongathi] come here, the conditions will be difficult for them. It is our first game at Parow Park for the season so we also need to adjust. But I think three points are definitely there for the taking.”

Spurs took four points off the Cane Cutters last season. The Urban Warriors followed a 1-1 draw away with a 2-1 win on home soil.