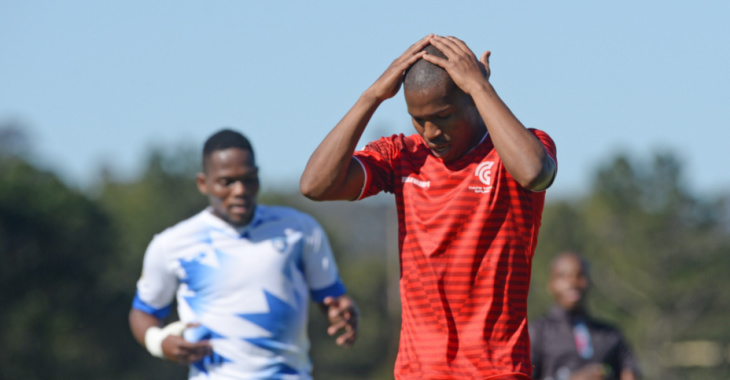 It proved to be another frustrating day at the office for Cape Town Spurs as Dylan Deane’s troops fell to a narrow 1-0 loss at Parow Park on Friday afternoon.

Again it was a story of missed opportunities for an Urban Warriors side that have now failed to score in four 2021/22 GladAfrica Championship matches.

Spurs made a fast start in the pumping wind with Khaya Mfecane, Chumani Butsaka and Colin Ryan all taking aim at goal in the opening 19 minutes of the match.

Tori Losper then watched his header attempt fly straight into the grateful arms of the Cane Cutters goalkeeper before Uthongathi hit the front.

A defensive blunder handed the visitors a golden chance to open the scoring and they made no mistake as Francis Baloyi fired past Lincoln Vyver with 28 minutes on the clock.

Spurs continued to create chances after the break, but despite their dominance a goal wasn’t forthcoming and in the end Uthongathi claimed all three points.

Next up for Spurs is a home match against Hungry Lions on Tuesday, 21 September.