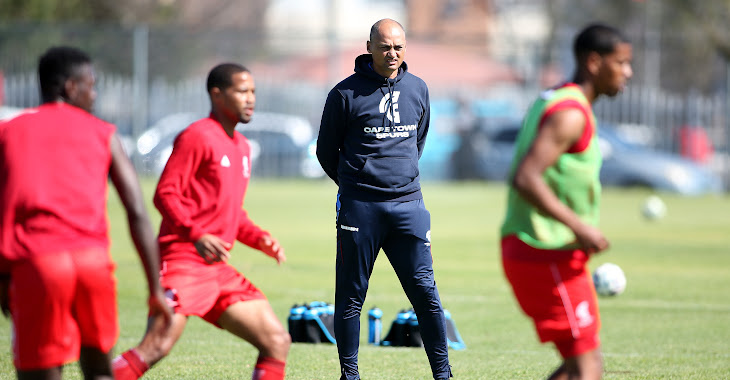 The Urban Warriors will be eager to usher in the new month with a win following a slow start to the 2021/22 GladAfrica Championship season. Spurs have yet to register a win after six rounds of fixtures (four draws and two defeats) and have only scored a single goal.

“I think players, sportsmen in general, get into this space where they are aware that something is not right, something is not happening in their game and it becomes a psychological block. It is about how quickly they can get over it.

“What I said to the players is that it will take its course and sort itself out with better concentration, a little bit of better calmness and it will come. Obviously the players are a bit anxious to get that win. I can’t fault them for their effort. We just need to get over this hurdle, this mental block. A little bit more calmness and confidence in the final third and that will come.
He added: “The numbers we get in the box, the approach play, how we play has been good. Obviously we are missing a few things, but if we focus on our performance we will be okay.”

Leopards, who were relegated from the DStv Premiership at the end of last season, have only one win to their name this season and head down to the Mother City on the back of successive draws.

“This weekend is another tough fixture. Black Leopards are another physical team that competes for every ball,” Deane said. “It will be another physical battle, but I think we have dealt with these sorts of teams quite well and have found solutions in the games but we need to finish those actions, we haven’t been finishing our chances.

“But like I said, the players seem confident and it is just about taking that into the game this weekend,” he concluded.