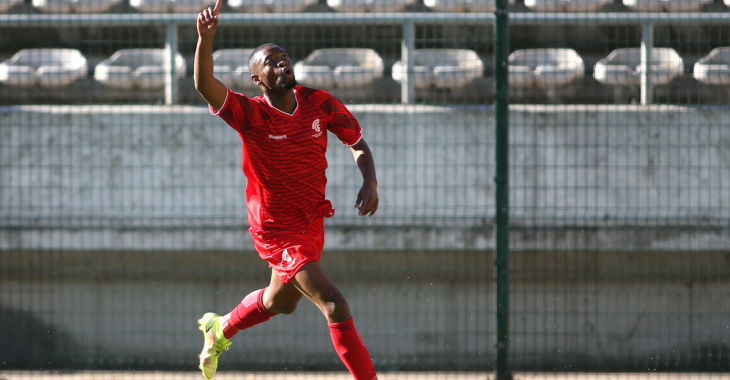 Goals from Diassonama Bunga and Igor de Oliveira steered Cape Town Spurs to a 2-0 win over Black Leopards in a 2021/22 GladAfrica Championship match at Athlone Stadium on Sunday.

The Urban Warriors started the game brightly and found the opener in the 22nd minute through Bunga who nodded home Chumani Butsaka’s pin-point cross at the near post.

Lincoln Vyver had to be at his best in the 56th minute to keep the hosts in front. The Spurs goalkeeper got down well to keep out a Lidoda Duvha free-kick which looked destined for the back of the net.

The stop proved pivotal as Spurs doubled their lead five minutes later. Colin Ryan picked out De Oliveria who finished with aplomb for his first of the campaign.

Spurs created further chances through Butsaka and Bunga in the closing stages while Leopards ended the game strongly. In the end though, it finished in a comfortable 2-0 win for Spurs who go into the international break on the back of a morale-boosting victory.