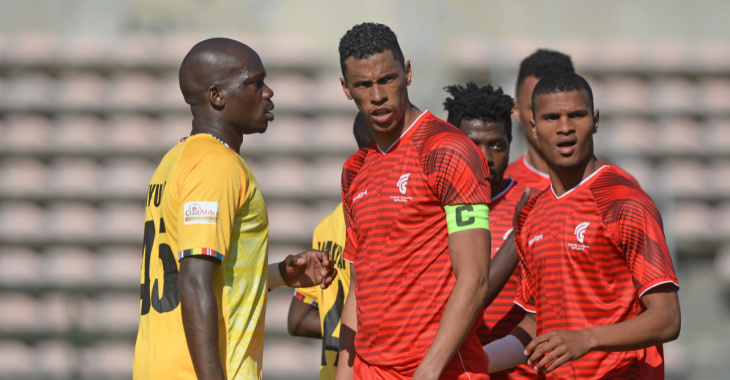 Cape Town Spurs club captain, Bevan Fransman, believes that there are enough positives to build on going forward this season, in the wake of a difficult few days for the club.

The Urban Warriors lost 6-1 to Pretoria Callies over the past weekend, and go into an important home fixture against Platinum City Rovers this Sunday in 15th spot on the 2021/22 GladAfrica Championship standings after eight rounds of fixtures.

“As you might understand, the mood can’t be all that great following the result on the weekend and the developments of the coach. I think as players we always have sympathy when coaches leave. But it is part of the game, it is what we signed up for and we know how football works,” said Fransman.

“That said, there have been some positives throughout the season. We have been playing a good brand of football despite results not going our way and also if you think of all the injuries in the squad, we’ve managed to cope quite well, prior to this 6-1 result.

“We need to try and move forward.”

Spurs have struggled with injuries this season – especially in defence – and continue to be without several key players including Gregory Damons and Cohen Stander. Fransman made a return to the Urban Warriors bench for the trip to Callies after missing six games alongside Thendo Mukumela, who scored our solitary goal at Wits Football Stadium.

“When it comes down to injuries it is part and parcel of the game. We always know that is going to happen, it is part of every season but I don’t think anybody can plan for seven, eight injuries in a week and unfortunately we had that in week three, four of the season,” Fransman added.

“I myself had just come into the team and then suffered a concussion and ligament issues. That makes it very difficult to select your strongest eleven and you have to adjust. I think for a coach it is really difficult because your plans go out the window and you have to adjust the squad to fill in guys in odd positions. It has been unfortunate but we move on.

“When the coach has less players at his disposal it becomes difficult to have your strongest eleven out on the field and be competitive. But you still need to try. Unfortunately results have not gone our way.”

Fransman has asked the club’s fans to continue supporting the team and has called on his teammates to step up to the task.

“Our message to the fans is: stay behind the team, keep supporting the team as much as you can. Your support means more than you think. It means the world to the players. For this weekend, we need to go out there and give 100%, it is all we can do. We know what is at stake, we need to get this team and brand into a better position.

“We can’t say we are playing good football and then not producing results. We need to dig deep, everybody at the club, put all our energy into the club and into the weekend and make sure we get all three points. That is the main objective,” he concluded.