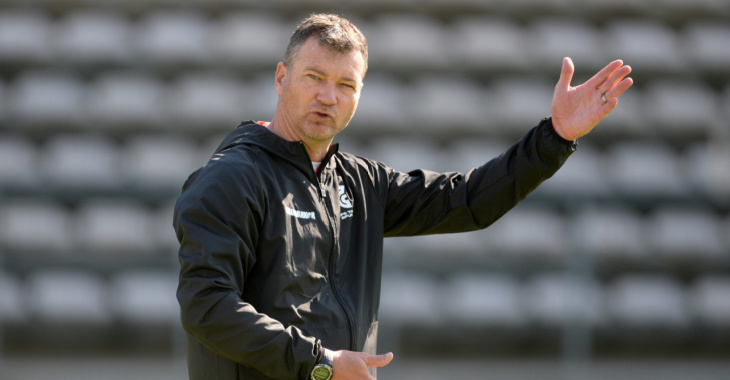 Cape Town Spurs will be aiming to bounce back to winning ways when they host Platinum City Rovers at Athlone Stadium on Sunday afternoon. Kick-off is at 15h30 CAT.

The Urban Warriors slumped to a 6-1 loss at Pretoria Callies last weekend to remain rooted to 15th spot on the 2021/22 GladAfrica Championship standings.

“It is going to be a tough situation for us to come back from… well a shocking loss, if you want to call it that,” said interim head coach, Calvin Marlin, who will oversee this weekend’s fixture.

“We just want to get the guys spirits up again, back as a unit and progress forward. It was one game, 6-1 is not going to happen too often in football. We disappointed ourselves and hopefully we can turn things around this weekend.”

Spurs beat Black Leopards 2-0 in their most recent hom fixture.

Platinum City Rovers, who won promotion from the ABC Motsepe League ahead of the current campaign, are winless in three matches following a 0-0 draw at home to bottom-placed Jomo Cosmos last time out.