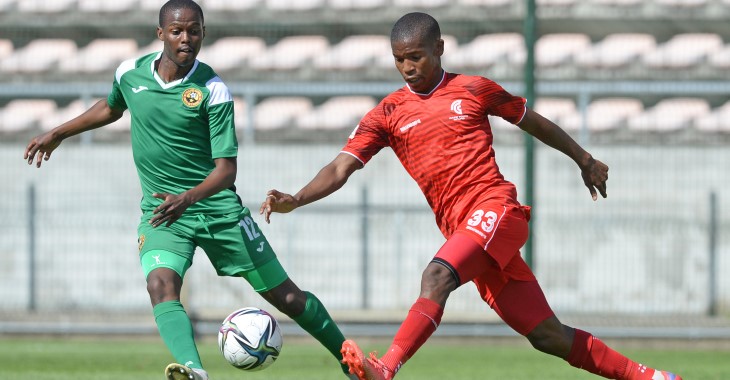 Cape Town Spurs were denied all three points by a contentious late penalty in a 1-1 draw against 10-man Cape Town All Stars at Athlone Stadium on Sunday.

The Urban Warriors looked on course for a much-needed win following Ashley Cupido’s opener, but the visitors were rewarded a spot-kick in the final minute of regulation time, despite a foul on a Spurs player inside the box; for which an All Stars player was booked.

Ashley Cupido thumped the ball into the corner of the net in the 48th minute after being teed up by Chumani Butsaka to hand Spurs the lead.

All Stars controlled the ensuing minutes as they went in search of an immediate reply but were dealt a major blow when Azola Ntsabo received his marching orders in the 63rd minute following a second bookable offence.

But All Stars would get the goal they yearned for deep into the second half from the penalty spot to frustrate the hosts.