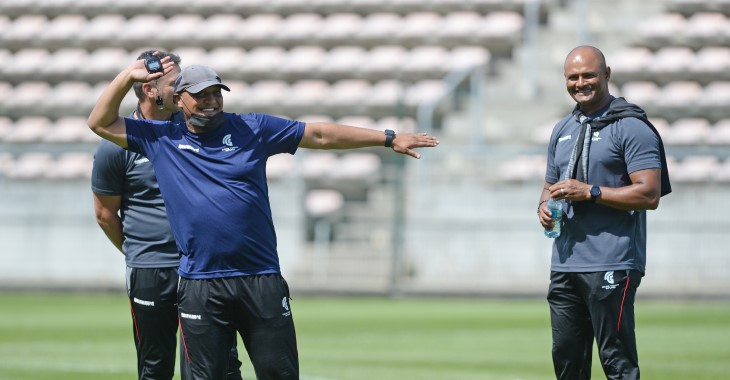 Cape Town Spurs head coach Shaun Bartlett is confident that the club will register their first win since he took over the reins at Ikamva, at home to Richards Bay FC on Sunday.

The Urban Warriors lost 4-2 (away) to AmaTuks and drew 1-1 (home) against Cape Town All Stars in Bartlett’s first two games in charge of the club. In both matches, Spurs took the lead but on both occasions the club failed to hold on for all three points and were only denied a win last weekend following a late penalty for All Stars.

“It is another massive game for us. A little disappointing that we couldn’t get the win against Cape Town All Stars in the derby. But we learn from these mistakes and hopefully this coming Sunday the boys will be well capable and follow through to get the first victory (since I took over) which will be important for us just before the international break,” said Bartlett.

“Preparations have been going well, energy is high, boys are confident and we are looking forward to Sunday,” the former Bafana Bafana forward added.

Richards Bay are unbeaten in their last six league matches and currently occupy fifth spot on the league standings after 11 rounds of matches.