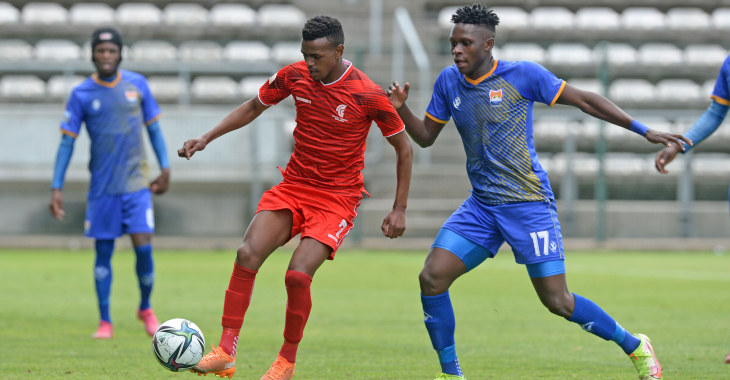 Cape Town Spurs came from a goal down to draw 1-1 with league leaders JDR Stars at Athlone Stadium on Sunday.

Spurs dominated the early exchanges as they looked to build on their commanding win away to Tshakhuma Tsha Madzivhandila in the 2021/22 GladAfrica Championship last weekend, but having failed to build on that momentum, JDR hit the front against the run of play.

Malebogo Modise finished off a good team goal in the 27th minute to give the visitors the lead.

That advantage would only last three minutes as on the half-hour mark Eyona Ndonda fired an unstoppable volley into the back of the net, after being teed up by Diassonama Bunga.

The chances dried up after the break with both teams enjoying spells of possession with little end product, but Lincoln Vyver had to be at his best to deny the Hammer Boyz a late winner from a corner-kick.

In the end, the Urban Warriors had to settle for a point which was enough to move them out of the relegation zone.