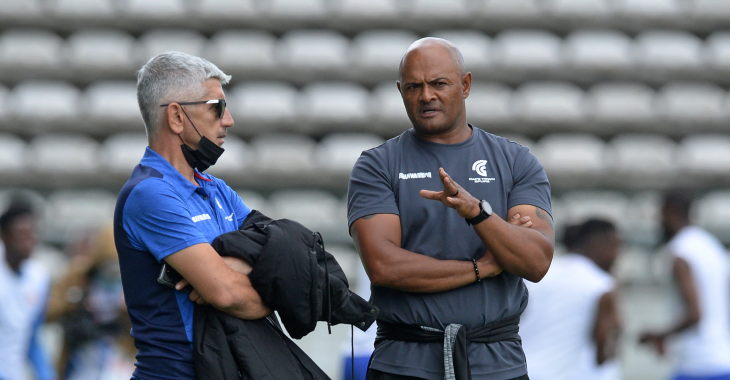 The Urban Warriors followed a 4-0 thumping of Tshakhuma Tsha Madzivhandila with a 1-1 draw at home to league leaders JDR Stars, and will now face a team two points and two places above them on the 2021/22 GladAfrica Championship standings.

“We go into this game on Sunday with a bit of confidence knowing that we gave a good account of ourselves last time out against JDR Stars, the log leaders of the GladAfrica Championship,” said Bartlett.

“Even though we would’ve loved to get the victory, we only came away with a single point. The disappointment on the players’ faces afterwards showed that we could’ve done a bit more to get the three points.

“Hopefully this time around the players will understand what we need to do in order to get the victory because every home game in this league it is very important to get success.

“We have three league games to go [this year], nine points out of these games will go a long way in getting us up the league table,” he added.

Spurs will play Tshakhuma Tsha Madzivhandila again before the end of the year while a match away to Hungry Lions next weekend will be followed by a Nedbank Cup fixture at Platinum City Rovers.