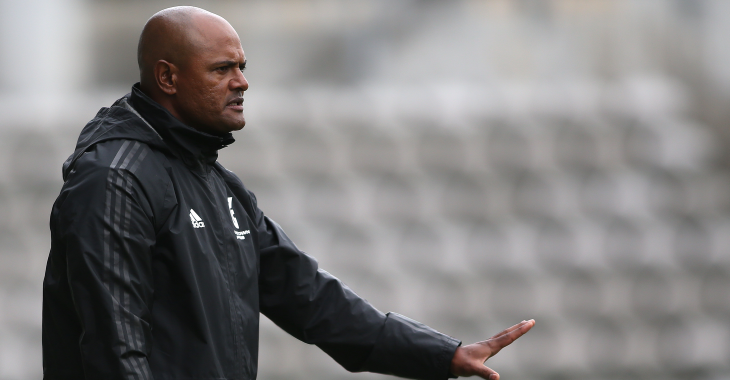 Cape Town Spurs will be aiming to build on the momentum garnered over the last few weeks when they take aim at Platinum City Rovers at Profert Olen Park in Potchefstroom on Wednesday afternoon.

The Urban Warriors take on the North-West club in a Nedbank Cup preliminary round fixture with kick-off set for 15h00 CAT.

Spurs are unbeaten in four matches following a 0-0 draw at Hungry Lions over the past weekend. The result kept Spurs rooted to 12th spot on the 2021/22 GladAfrica Championship standings with a single round of league fixtures remaining for the year.

“Following a very decent game and good result against Hungry Lions in Kimberley we go into this Nedbank Cup fixture with a little bit of confidence, knowing that we are unbeaten in four games,” said Spurs head coach Shaun Bartlett.

“The turnaround time between fixtures isn’t much so we will definitely have to manage the squad and possibly make some changes, but at the end of the day for us as a club, and for me as a coach, every competition is important.

He continued: “For us now, with the momentum we’ve gathered, we have to keep that going. So we will put out a very strong team in order to compete and to see if we can secure a place in the last-32 of the Nedbank Cup. We aren’t taking anything for granted and we will make the players understand the magnitude of this competition and obviously the importance of getting a result.

“We are quite confident of getting a result and hopefully the boys will turn up on the day and produce a performance worthy of a result. Whatever we get is what we work for and I think the players have shown a lot of professionalism and discipline on and off the field. I am truly happy with how things are going at this moment in time,” Bartlett added.
This will be the second ever meeting between Spurs and Rovers following a 0-0 draw back in October.