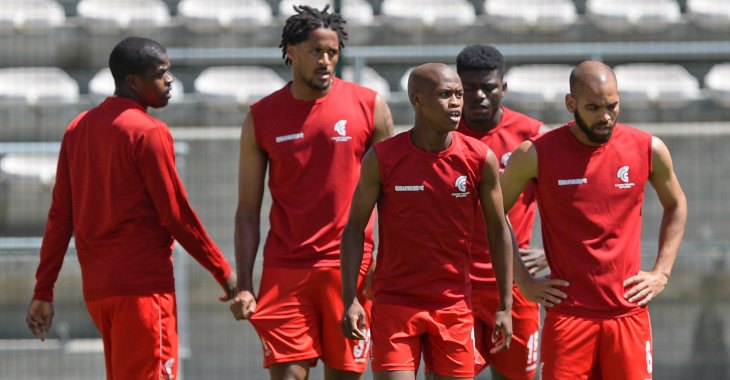 Cape Town Spurs are moving ever closer to a return from the mid-season recess, with three key GladAfrica Championship matches set to be played later this month.

Sitting in 11th place on the log with 20 points from 17 matches, the Urban Warriors will be looking for a fast start to competitive action in 2022 in order to drive themselves further up the standings.

First up on Saturday 19 February is a trip to the Kabokweni Stadium to face TS Sporting. Spurs beat TSS 2-1 in Cape Town when the teams met in December, thanks to a strike from Eyona Ndondo and an own goal from Honest Moyo.

The Tuesday of February 22 sees Spurs at home at the Athlone Stadium and welcoming Free State Stars. Ea Lla Koto have proven tough opponents for our club in recent times: a 0-0 draw back in September made it four straight matches in which the Free Staters have gone unbeaten against the Urban Warriors.

Spurs’ final game of February takes place on Saturday the 26th and it’s a crunch derby against Cape Town All Stars at Parow Park. The teams drew 1-1 when they met back in October: Ashley Cupido put the Urban Warriors ahead before All Stars levelled through a late Ndiviwe Mdabuka penalty – they also had Azola Ntsabo sent off.

Spurs’ February matches at a glance: