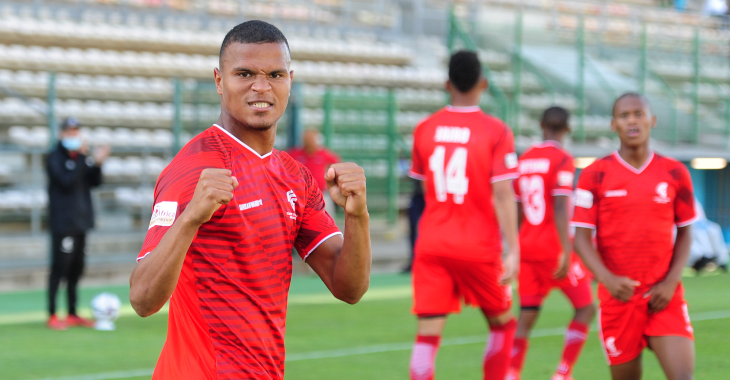 The current 2021-22 campaign has seen nine Cape Town Spurs players find the back of the net for the Mother City side across all competitions.

All departments have contributed goals except the goalkeepers with defenders Thendo Mukumela and Jairo having put their names on the scoresheet at least once each.

Promising winger Chumani Butsaka has also found the back of the net on one occasion from 13 appearances in the GladAfrica Championship for the Urban Warriors.

Veteran central midfielder Jarrod Moroole is Spurs’ joint top scorer with two goals which he netted against the University of Pretoria and Richards Bay.

While Igor has also netted twice from midfield including the Brazilian player’s goal against Platinum City Rovers in the Nedbank Cup preliminary round clash last December.

Another player who has contributed two goals is Eyona Ndondo with the 23-year-old attacking midfielder having found the back of the net against TS Sporting and JDR Stars.

The 2019-20 National First Division (NFD) Golden Boot award winner Abednego Mosiatlhaga took his tally to two goals for this term when he netted against Rovers in the Nedbank Cup.

The arrival of DR Congolese frontman Osaka Ngelenda Modeste has created further competition in coach Shaun Bartlett’s striking department heading into the second round of the current campaign.