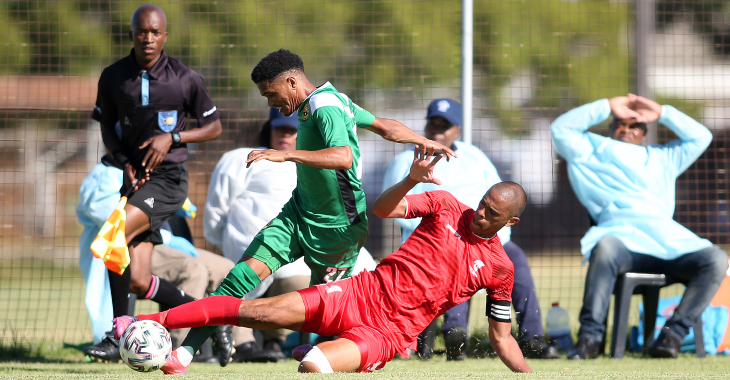 Cape Town Spurs conceded the bragging rights to their local rivals after suffering a narrow 1-0 defeat to Cape Town All Stars at Parow Park in the GladAfrica Championship on Saturday afternoon.

Shaun Bartlett’s side were on the back foot for nearly the entire 90 minutes after Igugu Lekapa took the lead as early as the second minute in Parow.

The Urban Warriors toiled away in the hope of getting back into the contest, but the hosts held on to claim all three points which took them up to fourth place in the standings, with Spurs dropping to 12th spot following two consecutive losses.

Our boys were looking to bounce back from a two-match winless run, however, they barely had time to settle when Cape Town All Stars hit the front just two minutes in.

Spurs went in search of the equaliser and applied plenty of pressure in the final third without testing the home keeper before half-time.

Bartlett made a change at the break, bringing on Liam Bern for Rushwin Dortley in an attempt to alter the outcome.
Eyona Ndondo was presented with an opportunity to restore parity on 56 minutes when we hit Allan Freese’s men on the counter, but his header was saved by the keeper.

Bartlett made his full compliment of substitutes, with Asenele Velebayi, Ashley Cupido, Thendo Mukumela and Tyrique Bartlett all introduced from the bench in the closing stages of the second half.

We had a late chance to snatch a share of the spoils, although Mukumela and Bern were unable to convert their respective efforts in quick succession deep into stoppage time.