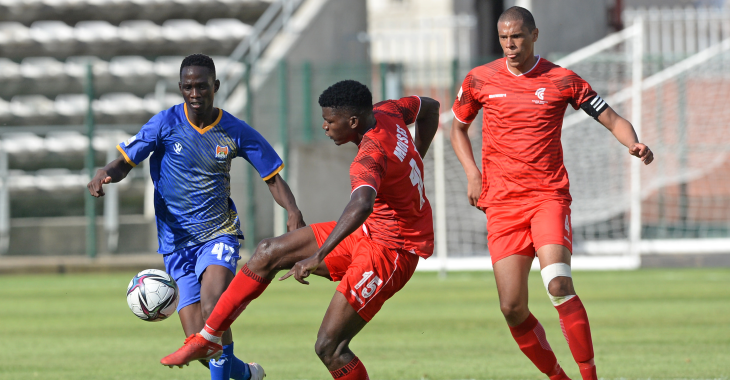 Cape Town Spurs will be looking to get back on the winning trail against GladAfrica Championship title contenders JDR Stars at the Giant Stadium on Wednesday afternoon (3.30pm kick-off).

The Urban Warriors were denied a first league victory of 2022 when Thabo Maphakisa’s 63rd-minute equaliser rescued a 1-1 draw for Jomo Cosmos at Athlone Stadium on Sunday, March 6 after Asenele Velebayi had opened the scoring on the stroke of half-time.

The stalemate in the Mother City arrested a two-match losing streak for Shaun Bartlett’s side, who were defeated by one-goal margins against Free State Stars (2-1) and Cape Town All Stars (1-0) in the final week of February.

Spurs had kicked off the new year with a goalless draw away to TS Sporting which extended the club’s unbeaten run to six games after ending 2021 on a good run of form.

The Urban Warriors are 12th in the standings on 22 points, but could leapfrog TTM into 11th place with a win over the Hammer Boys.

This will be the sixth meeting between the two teams, who have recorded two wins each. They played out to a 1-1 draw in the reverse fixture at Athlone Stadium on November 28 when Eyama Ndondo quickly cancelled out Malebogo Modise’s 26th-minute opener for JDR Stars.