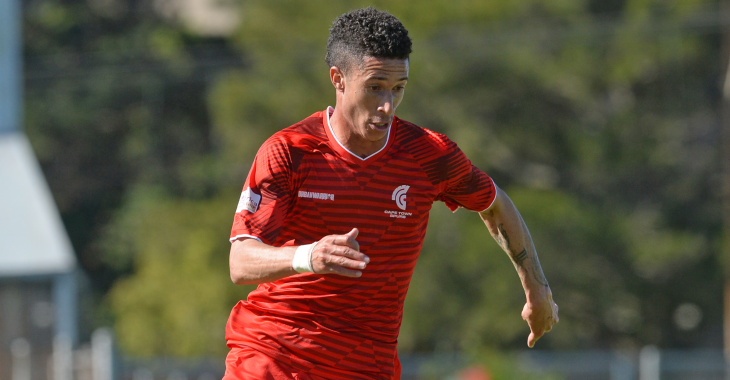 The Urban Warriors were trailing as early as the third minute when Nhlanhla Zwane opened the scoring before Temptation Chiwunga doubled the Hammer Boys’ advantage on the half-hour mark.

However, Shaun Bartlett’s side staged a comeback of note in the second half, scoring three times in the space of nine minutes to secure a dramatic first victory of 2022.

The hosts came into the match five points adrift of the league summit and they got off to a flying start as Zwane headed past Zama Dlamini on three minutes after meeting Banele Hlope’s cross from the left.

Dlamini pulled off a fine save to prevent Ishmael Wadi from converting Madumetja Mocheko’s cross in the sixth minute, but he was beaten again 24 minutes later from the penalty spot after Hlope had been fouled inside the area.

Dlamini was alert to danger 11 minutes before half-time as he kept out a strike from Hlope, who got into a good position inside the box.

The Spurs coach threw on Asenele Velebayi for Ashley Cupido moments later in an attempt to change the course of the game.

Tyrique Bartlett squandered two early chances in the second half when he headed wide a cross from Chico Bunga on 50 minutes and then failed to hit the target just two minutes later after getting on the end of Jairo Da Silva’s delivery.

But the striker would make amends soon afterwards as he buried Chumani Butsaka’s cross with his head on the hour mark to halve the deficit.

It was 2-2 just two minutes later when miscommunication in the home defence allowed Butsaka to slot past Badra Sangare.

Liam Bern threatened to get on the scoresheet himself with a well-struck effort from outside the area that drew a sharp save out of Sangare on 67 minutes.

Bern pulled off a match-winning tackle in stoppage time to deny JDR Stars a last-gasp equaliser as we held on for all three points.