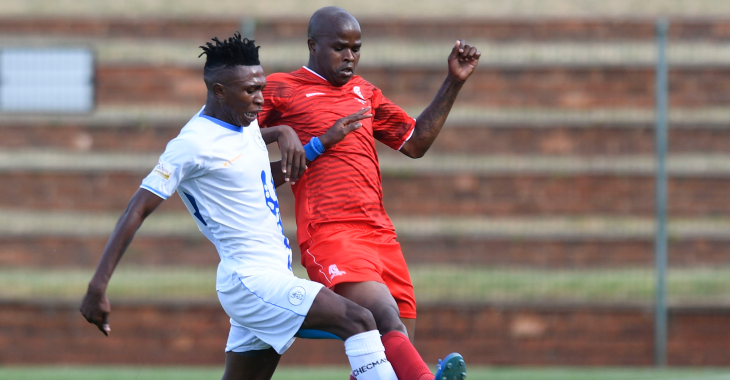 Cape Town Spurs have the chance to leapfrog Pretoria Callies in the GladAfrica Championship standings when they clash at Athlone Stadium on Friday afternoon. (3pm kick-off).

The Urban Warriors are tied with Callies on 25 points, but a superior goal difference sees the Pretoria outfit one place above us in 11th position.

Shaun Bartlett’s side will be looking to get back to winning ways after a narrow 1-0 loss to Platinum City Rovers in Potchefstroom prior to the international break halted a two-match unbeaten run.

Spurs had staged an impressive comeback against JDR Stars four days earlier, battling back from two goals down to win 3-2 in Pretoria after scoring three times in the space of just 10 second-half minutes.

Tyrique Bartlett opened his account for the club against the Hammer Boys in just his third start and hopefully there will be more to come from the young striker in the final seven games of the season.

The Romans have slowly been edging their way up the table after a poor start to the campaign left them perilously close to the relegation zone.

After losing 12 of their opening 16 encounters, Callies have been defeated just once since the turn of the year under the guidance of Kwanele Kopo, who replaced Joel Masutha at the helm towards the end of 2021.

This will be the fourth meeting between the two teams, with Spurs looking to even up the head-to-head record as Callies hold a slender 2-1 advantage in victories.