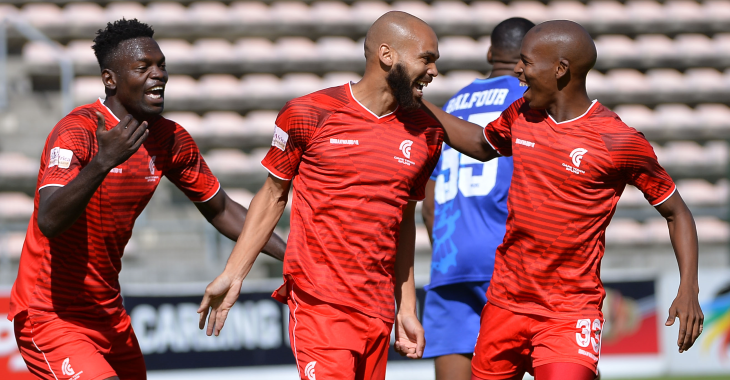 Cape Town Spurs secured a 1-0 win over Pretoria Callies in the GladAfrica Championship match which was played at Athlone Staduum on Friday afternoon.

The victory saw the Urban Warriors return to winning ways and it also elevated them to 11th place on the league standings – two points behind ninth-placed Uthongathi FC.

Coach Shaun Bartlett’s side got off to the perfect start as they broke the deadlock early through Jarrod Moroole, who scored just three minutes into the encounter.

The 30-year-old midfielder beat the opposition’s goalkeeper with a low shot to make it 1-0 to Spurs and it was his third goal of the season for the Mother City side.

Spurs were leading 1-0 during the half-time break having contained the Romans, who could not find the equalising goal in the first half.

The Urban Warriors searched for another goal after the restart with Bartlett having introduced an attack-minded trio of Asanele Velebayi, Abednigo Mosiatlhaga and Eyona Ndondo.

However, Callies stood firm at the back until the match referee blow the final whistle and Spurs claimed a 1-0 win on the day as they recorded their sixth league win of the season.