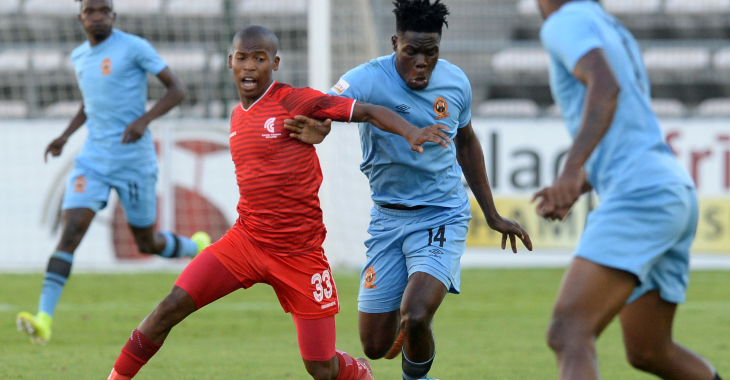 Cape Town Spurs were held to a 1-1- draw by Polokwane City in the GladAfrica Championship match on Good Friday, April 15.

The draw saw the Urban Warriors remain 11th on the league standings and they will now take on Uthongathi FC in KwaZulu-Natal on April 24.

The Urban Warriors started the match brightly and they were denied what looked like a clear goal when Abednego Mosiatlhaga netted from close range, but the attacker was somehow ruled offside.

However, Spurs continued to attack and they took a 1-0 lead when Colin Ryan scored with a wonderful long-range shot that beat goalkeeper Tebatso Phoku to make it 1-0 to the hosts in the 23rd minute.

Polokwane had a chance to level matters after they were awarded a free-kick in a promising area, but keeper Zama Dlamini produced a fine save to deny Puleng Tlolane from the set-piece.

Rise and Shine pushed for the equalising goal after the restart and they were awarded a penalty after Ryan was adjudged to have fouled Tlolane inside the hosts’ box.

Tlolane dusted himself off to convert the penalty to make it 1-1 five minutes before the hour-mark and the two teams searched for the winning goal.

Spurs head coach Shaun Bartlett introduced Asanele Velebayi with 20 minutes left and the 19-year-old attacker had a chance to snatch a late winning goal, but he was denied superbly by Phoku.

Ultimately, the match ended in a 1-1 draw as Spurs extended their unbeaten run to three matches in the second tier of South African football.