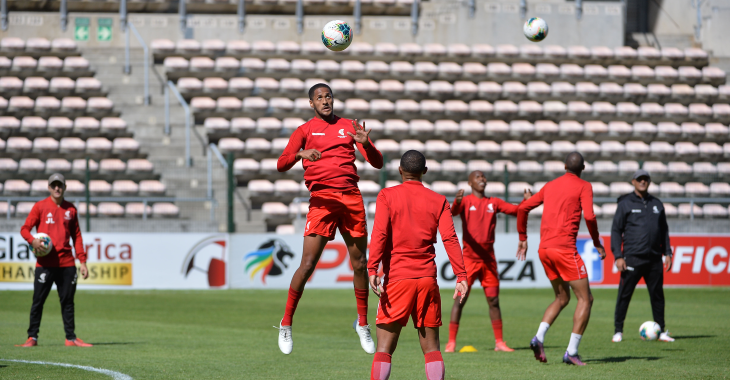 Cape Town Spurs will be looking to make Polokwane City’s trip to the Mother City a miserable one when they clash at Athlone Stadium on Friday (5pm kick-off).

Rise And Shine were beaten 2-1 by Cape Town All Stars at the same venue on Tuesday and the Urban Warriors intend to make sure they head back to Limpopo empty-handed.

Shaun Bartlett’s side were denied back-to-back wins in the GladAfrica Championship after Venda Football Academy came from behind to rescue a 1-1 draw at the Thohoyandou Stadium in midweek.

Spurs are currently 12th in the standings on 29 points and they will be targeting a fifth home win of the season to build momentum for a final push into the top half of the league.

The coach has stressed the importance of winning on home soil as three of the club’s remaining five fixtures are away games.

“Home games are always a stress to the players – it’s important,” Bartlett said. “In order to compete or have any success in any league your home games become very vital and crucial for victories and we’ve got to force the issue on Friday to make sure that we get that three points.

“Polokwane has been in Cape Town for the last four or five days, having played [Cape Town] All Stars. We’ve got to make sure we make them pay and let them leave Cape Town without any points.

“This week our team are looking to keep the momentum going, the unbeaten run and we’ve got five games left so rack up as many points as possible in that run until the end of the season.”

City were in the running for the league title at the start of the year after winning their opening two matches in 2022 to keep pace with the frontrunners.

But the loss to Igugu Lekapa extended their winless run to five outings and left the Limpopo outfit nine points adrift of the summit in sixth place.

Spurs are defending an unbeaten home record against Rise And Shine, who have failed to come away from Cape Town with maximum points in five previous attempts.