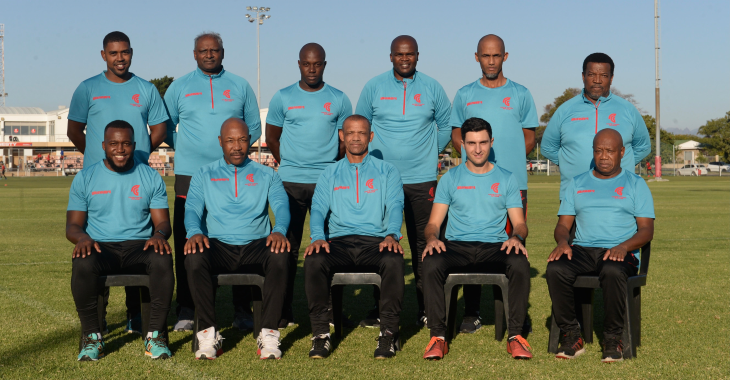 Fresh from winning the Bayhill Premier Cup this past weekend, as well as the Trinitarians TNT tournament, Cape Town Spurs would like to introduce our finalised youth Academy technical team for the new season which kicks off on April 23.

The club has always prided itself on youth, giving them the opportunity to represent the first team and some Academy products have even gone on to greater heights in the game.

Cape Town natives Nazeer Allie and Granwald Scott have become staples in the top tier of South African football, along with Thulani Hlatshwayo, while Steven Pienaar, Daylon Claasen and Thulani Serero went on to showcase their talents abroad.

Pienaar is arguably our favourite son and best export, having played for Ajax Amsterdam, Borussia Dortmund, Everton and Tottenham, as well as winning 61 caps for Bafana Bafana.

Spurs lifted the Bayhill Premier Cup for the seventh time when they beat Stellenbosch 2-0 on Monday, with Duncan Crowie scooping the Coach of the Tournament award and his squad taking home the Team of the Series award, while at the same time our Under-14s won the Trinitarians TNT tournament.

The following men have been tasked with bringing up the next generation of future stars.

Crowie, like first-team head coach Shaun Bartlett, is back at the club he represented as a player. The Santos youth product made his professional debut at the age of 16 before going on to play for Hellenic and Spurs.

The Capetonian, who also played for Bafana Bafana, holds a CAF A licence, UEFA B licence and CAF Coaches Instructor licence.

Sukaze began his association with the club four years ago, having previously been on the coaching staff at Chippa United and Wanderers FC.

He has also coached the Safa Western Cape Under-17s.

Mugeyi is in his third stint at the club, having spent three years with the Urban Warriors as a player before returning to Ikamva as assistant coach from 2007 to 2012 following his retirement.

He is Imbabala’s record scorer with 113 goals and found the back of the net 91 times in South Africa’s top flight during his time with the Bucks, Ajax Cape Town and Free State Stars.

Arendse featured for two of the country’s biggest clubs in Orlando Pirates and Mamelodi Sundowns during his playing days and went on to earn three caps for Bafana Bafana, scoring one goal in the process.

The Capetonian came up through the youth ranks at Santos and racked up over 200 league appearances for the People’s Team in two spells.

“I’m an enthusiastic and energetic coach, who enjoys being on the field,” Arendse said.

“Seeing players improve and develop, but also become better people, is what drives me as a coach.

“My experience as a player and understanding of the game allows me to create a positive environment for optimal learning.

“Being disciplined with a good work ethic carried me through 18 years playing professional football, today still, this is my foundation, in life and as I start my coaching journey.”

Mapila has been loyal servant to the Urban Warriors for over two decades, coaching in the Academy since its inception in 1999.

“Grompy”, as he is affectionately known, is one of Langa’s most famous footballers and his vast coaching experience and personality has made him a popular figure in the local footballing fraternity.

He has helped nurture many of our Academy’s top talents through the years and we look forward to him fostering the next generation of promising youths.