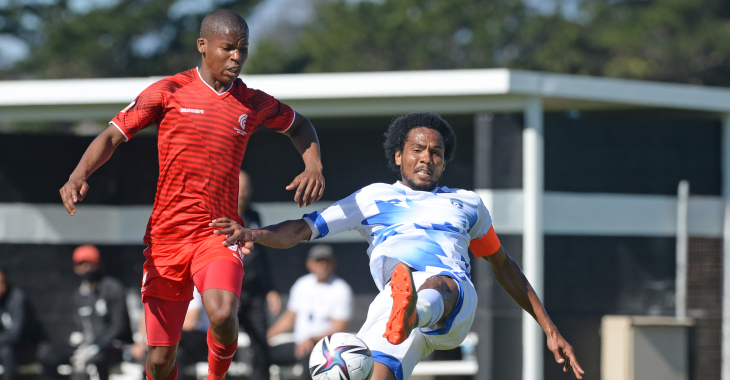 Cape Town Spurs will aim to keep the momentum going when they face Uthongathi at the Princess Magogo Stadium on Sunday (3pm kick-off).

The Urban Warriors held promotion hopefuls Polokwane City to a 1-1 draw at Athlone Stadium on Good Friday to go three games unbeaten in the GladAfrica Championship.

Shaun Bartlett’s side had also drawn 1-1 with an in-form Venda Football Academy in Limpopo three days prior and are looking to finish the month of April undefeated.

The two teams are separated by just four points in the standings and Spurs have a chance to close right up on the heels of the ninth-placed Cane Cutters with victory in Durban.

Bartlett is relishing the trip to KZN and believes his players have a good mindset on the road to be able to get the job done against Uthongathi, who have picked up just one win from their last five home matches.

“Playing Uthongathi this coming Sunday in Durban will be another tough fixture,” the coach said.

“It’s a team that’s also looking to possibly get into the top three, maybe a team that doesn’t win many games, having only won one in the last 10.

“But it’s also a team that don’t give up victories or results easily so we’re looking forward to the game. We know it’s going to be a tough one. Our players are well prepared.

“The three games unbeaten so far gives us a little bit of momentum going into this game and hopefully we can build on that with the four remaining games.

“Every game will be important, out of the last four, three are away but we’ve had a good mentality as far as playing away from home. We haven’t lost many since I arrived and I think we’ve also picked up some great results, off the top of my head against TTM and JDR Stars away from home.

“So hopefully we can go to Uthongathi on Sunday and put in another good performance that will warrant three points for Cape Town Spurs.”