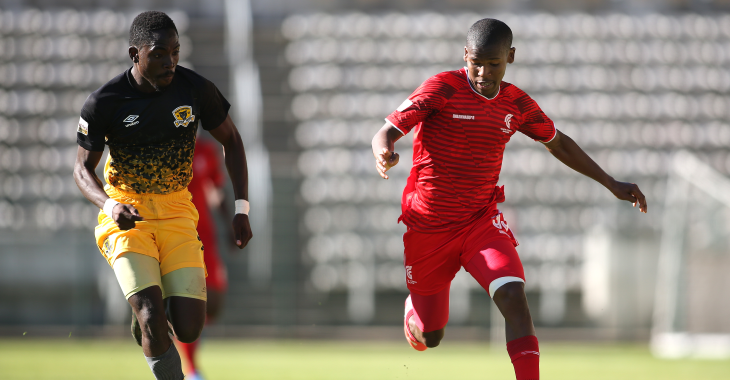 Cape Town Spurs head to the Thohoyandou Stadium on Sunday looking to do the double over Black Leopards in the GladAfrica Championship this season. (3pm kick-off).

The Urban Warriors emerged 2-0 victors in the reverse fixture at Athlone Stadium on October 3, with goals in each half from Chico Bunga (21′) and Igor Balotelli (61′) doing the damage.

Shaun Bartlett’s side came through a tricky run of games in April undefeated after drawing with Venda Football Academy, Polokwane City and Uthongathi – all teams in the top half of the table and in the mix for promotion at one point.

Bartlett admits Lidoda Duvha are a different animal now compared to a month ago when they looked destined for relegation after going winless in nine outings. The Limpopo outfit have since embarked on a five-match winning streak to pull five points clear of the drop zone in 10th place.

However, the coach insists Spurs are determined to return from their long journey to the north-west of the country with a positive result to keep their unbeaten sequence going ahead of tough encounters against the league’s top two in Richards Bay and University of Pretoria.

“Three games to go, everybody is playing for something. We go to Thohoyandou this coming weekend against Black Leopards that won three games in 22 and now suddenly they’ve won five in a row so it’s probably the most in-form team in the GladAfrica Championship at this moment in time,” Bartlett said.

“We’re under no illusion it’s going to be an easy game again. It will be another tough one. Like I’ve indicated, everybody is playing for something and after that we have Tuks [University of Pretoria] and Richards Bay and both of those teams are trying to get promotion to the PSL.

“We will go to Thohoyandou and make sure that the players understand that we’re not travelling for seven to 10 hours for nothing. We’re going there for points.”