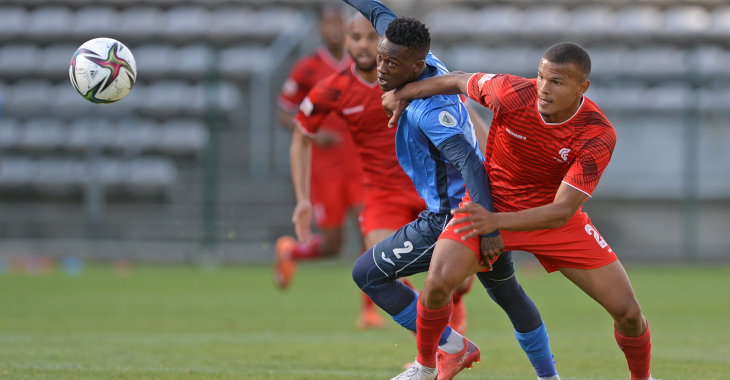 Cape Town Spurs travel to the King Zwelithini Stadium on Sunday afternoon, as they face Richards Bay in their final GladAfrica Championship game of the season. (3pm kick-off).

With their status in the division secured for next season, Spurs will hope to end the season on a high against the table topping Richards Bay.

In their most recent league game, Spurs faced a stern test in the form of University of Pretoria, who are pushing for automatic promotion. However, coach Shaun Bartlett’s side showed character against Tuks as they saved a point late on in the tie.

The stalemate at the Athlone stadium guaranteed Spurs a place in the GladAfrica Championship for the 22/23 campaign.

Coach Bartlett has said that his side will not take the Richards Bay tie lightly and that Spurs will travel to Durban with astute preparation.

“We’re going to Durban with the intention of getting a result,”  Bartlett said.

“Nothing less and our preparations for that particular game starting yesterday [Monday] already has been to make sure everybody is ready and fit for selection.

“Then take the strongest possible team in order to compete against Richards Bay on Sunday.”