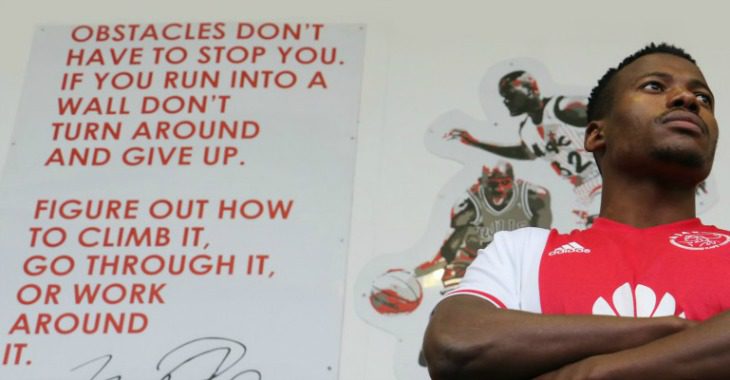 The burly centre-back penned a pre-contractual agreement with the Urban Warriors in January and has now finalized all documents in preparation for the 2017-18 season.

Before his move to Richards Bay on the North Coast of KwaZulu-Natal, the Embalenhle-born defender plied his trade at Berea Albion Academy in Pretoria under the tutelage of former Urban Warriors mentor Steve Haupt.

Former Ajax Cape Town midfielder Nhlanhla Shabalala, who donned the famous red and white jersey for more than a decade, hails from the same township as Nhlapo.

Nhlapo has been capped on one occasion by Bafana Bafana, playing 41 minutes in a friendly match against Ghana at the Moses Mabhida Stadium on 11 October 2016.

‘Lion’ – as he is affectionately referred to by his former teammates – joins new signing Sedwyn George and Leo Thethani ,who graduated from the club’s Youth Academy last week, as the new faces in our PSL squad.
.
“The fields and facilities are top notch,” said Nhlapo on his arrival at Ikamva on Wednesday morning.
Asked on what the Urban Warriors faithful can expect from him, the sturdy defender, who can also slot in at right-back, added: “Hard work, hard work… non-stop.”

Nhlapo will return to Parow at the start of July with pre-season to kick-off on the 3rd of next month.