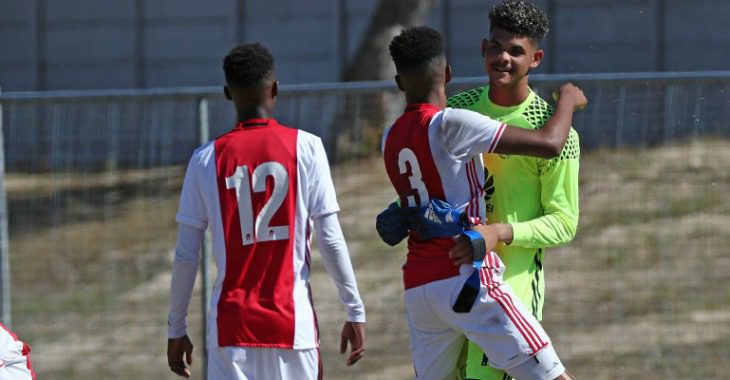 Ajax Cape Town goalkeeper Renaldo ‘Pai’ Leaner will represent South Africa at the at the World Student Games in the Chinese Taipei (Taiwan) from the 19th till the 30th of August 2017.

Ikamva is home to one of the best Youth Development structures in the country and that is evident once more following Leaner’s inclusion in the USSA (University Sports South Africa) team that jetted off to Asia earlier this week.

Leaner, who caught the eye for Young Ajax on their tour of the Netherlands earlier this year, is currently a second year student at the University of the Western Cape (UWC) studying a Bachelors of Education Degree.

??⚽️| #YoungAjax goalkeeper Renaldo Leaner is on his way to Taiwan ?? for the 2017 World Student Games.
Enjoy ❤️#OurYouthOurFuture pic.twitter.com/xfrDpspdfT

“It’s my first time in the team, I am enjoying myself and we have a bunch of good players from different universities,” said Leaner.

Renaldo was spotted at the recent USSA Championships which were held in Johannesburg; his brilliant displays between the sticks earning him a ticket to the World Student Games where he hopes to clinch gold!

Renaldo is the youngest player in the team, but having played in the MultiChoice Diski Challenge and ABC Motsepe League he brings with him loads of experience.

The South African team will face South Korea, Ukraine and Argentina in the group stages.

“Even though it’s my first time in the team I would really love to win the tournament and make my country proud” Leaner concluded.