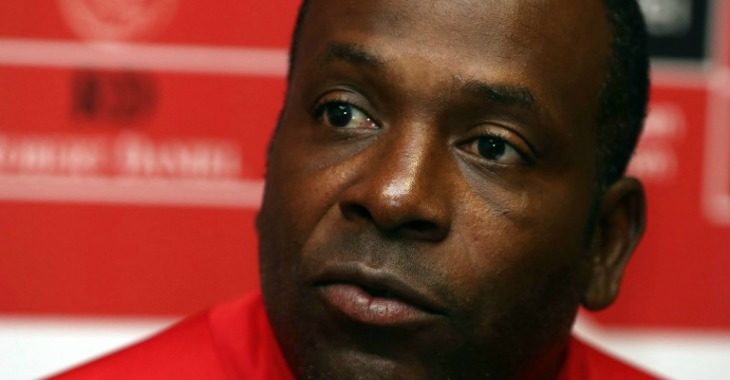 The Urban Warriors travel to Goble Park, having yet to win a league game away from home against Free State Stars in 14 previous visits. A damning statistic and a run the club are hoping to bring to an end in midweek.

For Menzo, who kicked-off his stint as head coach of the club away to Stars in the Absa Premiership, nothing but all three points will suffice.

“We want all three points, it is an important week for us,”said Menzo. “It will be good for us as a team to get all three points [against Free State Stars], we know it won’t be easy but we have to go there and fight.

“For me [past results] don’t count. For me it is a challenge and a challenge we want to conquer. There will be a time where you will change your fortunes. Just because we have struggled there [in Bethlehem] in the past, doesn’t mean we will always struggle there – I don’t believe that.”

Flying to Johannesburg before hopping onto a bus for a 274 km trip south to Goble Park, Menzo is now acutely aware of the difficulties that come with some away fixtures in South Africa’s top-flight.

“The bus drive, I will never forget that,” Menzo added when reflecting on his first match in charge of the club.

“But, now I am experienced and I know what that drive means. It was my first match as head coach.

“Normally I would sign for another draw, but this time around I want to come back with all three points because that is what we need at this moment. It is an important week for us, Free State Stars then Bloemfontein Celtic [on Saturday].

“It would be very good for us to get all three points, it won’t be easy we know, but we have to go for it, be committed. It’s not impossible,” the former Dutch international concluded.

Last season the Urban Warriors registered a 1-1 draw at the same venue, with the reverse fixture at Athlone Stadium also ending all square. A 2-2 stalemate overshadowed by Mohammed Anas’ post-match presser.