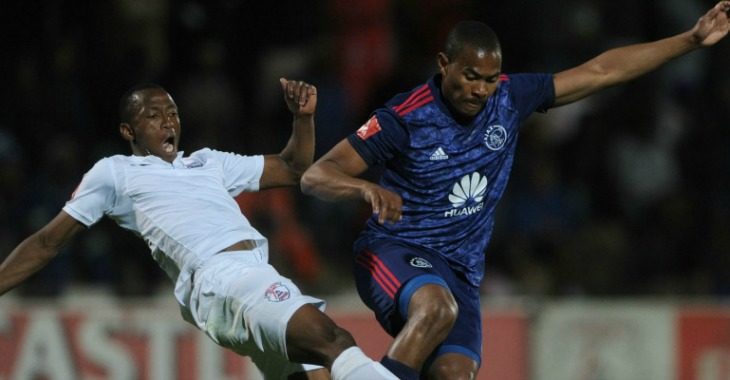 Ajax Cape Town failed in their quest to put an end to their Ea Lla Koto hoodoo, with goals from Edward Manqele and Mohammed Anas leading Free State Stars to all three points at Goble Park on Wednesday evening.

The Urban Warriors highlighted their intent from the onset and were first to settle in the midweek fixture.

But, having failed to convert a catalogue of chances, the hosts made Stanley Menzo’s troops pay two minutes short of the interval. Manqele with the opening goal of the game.

The sucker punch before the break was compounded five minutes into the second-half as Anas drilled his effort past Brandon Petersen.

Desperate for a way back into the game, Menzo introduced both Prince Nxumalo and Sedwyn George in attack.

Tashreeq Morris, though, would go closest with the forward desperately unlucky to see his rasping effort canon off the woodwork and away from danger in the 66th minute.

Ajax Cape Town continued to probe, but were unable to deny Ea Lla Koto a third straight league win. A frustrating night for the Cape side, who looked threatening throughout.