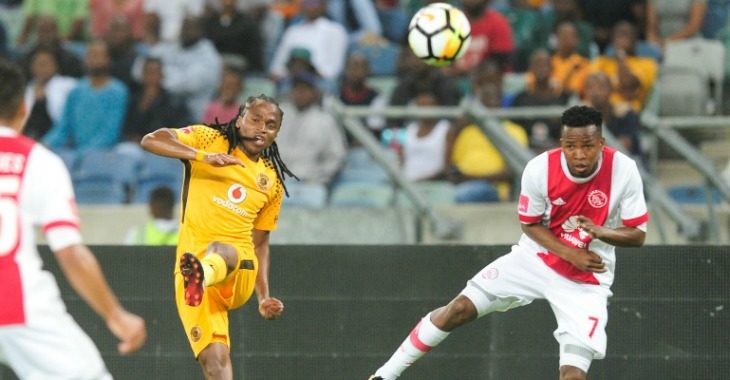 Kaizer Chiefs scored a late goal through Dumisani Zuma to secure a 1-0 Absa Premiership win over Ajax Cape Town at the Moses Mabhida Stadium in Durban on Saturday evening.

Victory, a first on home soil for the Amakhosi this season, moves the Soweto giants up to second spot on the log standings. The Urban Warriors fall to 15th as they bring an end to a disappointing year.

Thabo Mosadi continued from where he left off against Chippa United, with his bursting run into the area in the third minute creating the first chance of the match. The ball cannoning off an Amakhosi player and into the grateful arms of Itumeleng Khune.

Chiefs, though, were to dominate proceedings for most of the half with the duo of Siphiwe Tshabalala and Bernard Parker posing the biggest threat for the hosts.

The latter unlucky to see his shot from an acute angle clip the woodwork in the 44th minute of the clash.

The score deadlocked at 0-0 as the teams headed for the tunnel at the break.

Ajax Cape Town remained resolute as they went in search of a third clean sheet in succession, as Chiefs launched wave-after-wave of attack

The Urban Warriors resolve finally broke in the 85th minute as Zuma latched onto the lose ball before firing past Jody February.

Chiefs would’ve doubled their lead had it not been for February who pulled off two great saves in the closing exchanges to keep Stanley Menzo’s troops in with a shout.

It was not to be, though, as Ajax Cape Town slumped to defeat on South Africa’s East Coast.