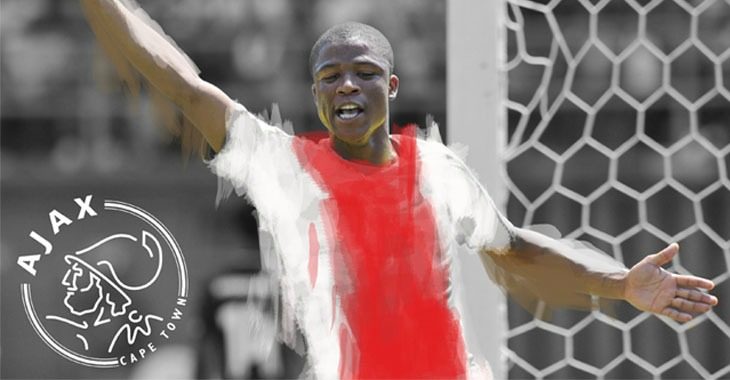 Ajax Cape Town can officially confirm the signing of Samuel Julies from Chippa United, in a deal that takes Bantu Mzwakali in the opposite direction.

Julies came through the ranks at Mamelodi Sundowns where he enjoyed limited playing time before a permanent switch to the Chilli Boys ahead of the current campaign. It is in Port Elizabeth where the attacking midfielder blasted his way into the headlines:

The winning goal against his former employers in a Telkom Knockout Cup clash was soon followed by a memorable brace against the defending league champions Bidvest Wits, in Johannesburg; with his left-footed strike in said match grabbing national attention.

“I am grateful to finally be an Ajax Cape Town player and I am grateful to the management for the way they handled the situation, it is a great club and I am looking forward to doing my best here,” Julies said on his arrival at Ikamva.

“Things happen so quickly so as a professional you have to be prepared at all times. I was always prepared for this, I am just hoping that everything will fall into place and that I can make my debut as soon as possible. I am just glad everything has worked out.

The Kimberley-born attacker first caught the eye at the School of Excellence before moving to the Brazilians, whom he could well face in an Absa Premiership clash at Cape Town Stadium on Tuesday evening.

The 26-year-old added: “I was at Sundowns for close to 10 years, so yes, I am excited to play against them – if the opportunity presents itself – maybe I can score against them again. It is just a nice feeling being here [at Ajax Cape Town].

“My brother mentioned it to me [that Ajax Cape Town were interested], my goal is now to grasp as much knowledge as possible from the coach [Muhsin Ertugral], he is a very experienced coach. I will do my best to help the team gain points and move up the table.

“I will just keep working hard and I will put all my energy towards growing as a player here at Ikamva,” he concluded.

Everyone at Ajax Cape Town would like to welcome Samuel to the club while also thanking Bantu Mzwakali for his service to the Urban Warriors over the past decade.

Bantu, who graduated from the club’s Youth Academy, made over 100 appearances for the Urban Warriors in the PSL over the course of the past five years with his goals and assists to be long remembered by the club’s supporters. He also played an integral part in helping us to 2015 MTN8 glory in Port Elizabeth.

Thank you Bantu and all the best in your future endeavours.