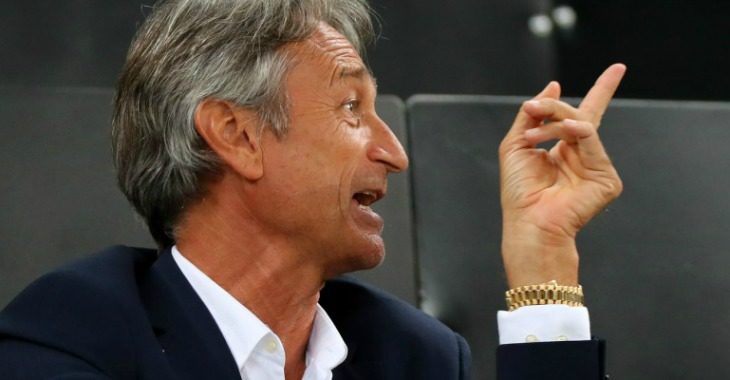 As far as games go this season, our upcoming fixture against Platinum Stars at Cape Town Stadium on Friday evening is right up there on the importance scale as we aim to get our campaign back on track.

The Urban Warriors hit the front against Mamelodi Sundowns earlier this week, but Fagrie Lakay’s maiden goal in Ajax Cape Town colours was cancelled out by two quick-fire strikes from the Brazilians as we suffered a second successive 2-1 defeat in the Absa Premiership.

Head coach Muhsin Ertugral, though, is happy with the progress made by his troops over the past few days as we now set our sights on taming Dikwena.

“We surprised Sundowns, as we did against Maritzburg United, but we were unable to hold onto our lead,” said Ertugral. “We came back good in the second half against Sundowns, we had chances but our big problem is entering the final third. Our midfield needs to be a bit better in securing the ball.

“I think the boys have done very well in adapting to my methods in such a short time, but I am still not happy – we need to improve heading into our crucial game against Platinum Stars.

“The game against Platinum Stars is going to be tough, it is a direct opponent. It is a bit unlucky that it comes only a few days after the match against Sundowns, but we need to recover and bounce back to winning ways,” he concluded.

In head-to-head stats, Ajax Cape Town and Stars have met in 29 league matches since the 2003-04 campaign. The Urban Warriors have claimed 13 wins compared to nine for Dikwena, while seven games have been drawn.

The Cape club has won eight of their 14 home matches in the rivalry, suffering just two defeats in the process.

Ajax Cape Town registered a 2-0 win over their rivals in the corresponding fixture last season.